India on Thursday claimed it foiled an attempted cyber-attack by Chinese hackers targeting its power distribution system near a disputed frontier where the two countries are engaged in a military stand-off.

Ties between the world’s two most populous nations are at a low ebb after a deadly skirmish in the Himalayan region of Ladakh that left at least 20 Indian and four Chinese soldiers dead in 2020.

“Two attempts by Chinese hackers were made to target electricity distribution centres near Ladakh but were not successful,” power minister R.K. Singh told reporters in New Delhi.

Singh added that India had deployed “defence systems” to counter such attacks.

The attacks targeted infrastructure “responsible for carrying out real-time operations for grid control and electricity dispatch”, the group reported.

“This targeting has been geographically concentrated… in north India, in proximity to the disputed India-China border in Ladakh.”

Recorded Future said it had alerted Indian officials before publishing the report but did not specify the scale of the alleged attacks, nor whether they were successful.

“We firmly oppose and combat all forms of hacking in accordance with the law,” Zhao said in Beijing during a Thursday press briefing.

“We will never support, encourage or condone such activities.” 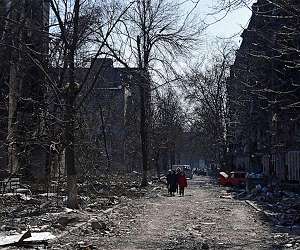 
Thousands of miles from a home consumed by conflict, a group of Ukrainians in China have found themselves on the frontlines of an information war, battling pro-Russia bias, trolls and censorship.

Around 300 volunteer Ukrainian translators, with some also based overseas, are relaying key events from Russia’s war on their homeland into Chinese.

Their mouthpieces are a website called “Ukraine News”, a Chinese edition of state news agency Ukrinform, and channels on messaging app WeChat and YouTube. … read more