Net profit at the IT giant rose to 99.26 billion rupees ($1.3 billion) in the three months ending March 31, which was 7.4 percent higher than in the same period last year.

“It’s been a very strong year and we are quite happy about the way we have executed this rebound post-pandemic,” chief executive and managing director Rajesh Gopinathan said in a media briefing.

“One of the biggest positives in this quarter has been the total volume of deals signed,” Gopinathan added.

The Mumbai-headquartered company said the value of its order book stood at $11.3 billion at the end of March, its highest ever.

This includes two large deals worth more than $1 billion each, Gopinathan told reporters.

The company — one of India’s largest private employers — hired more than 35,000 employees in the quarter to help meet demand and combat high attrition.

TCS was at the forefront of an IT boom that saw India become a back office to the world as firms in North America and Europe subcontracted work, taking advantage of a skilled English-speaking workforce.

The company earns more than 80 percent of its revenues from Western markets.

Its overseas growth in the quarter was led by North America, which contributed half of its business and saw revenue growth of 18.7 percent year-on-year.

Shares in the firm closed 0.26 percent higher in Mumbai ahead of the release of the results. 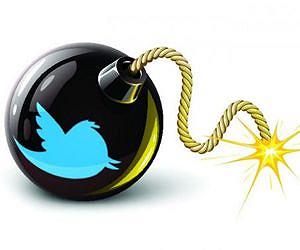 
Twitter announced Tuesday it will soon start experimenting with an edit button, but only on its monthly subscription service at first.

The inability to tweak tweets after firing them off has been a key complaint among users of the one-to-many messaging platform.

Word that the company would start testing an edit feature on Twitter Blue came after newly-named board member Elon Musk conducted an online poll.