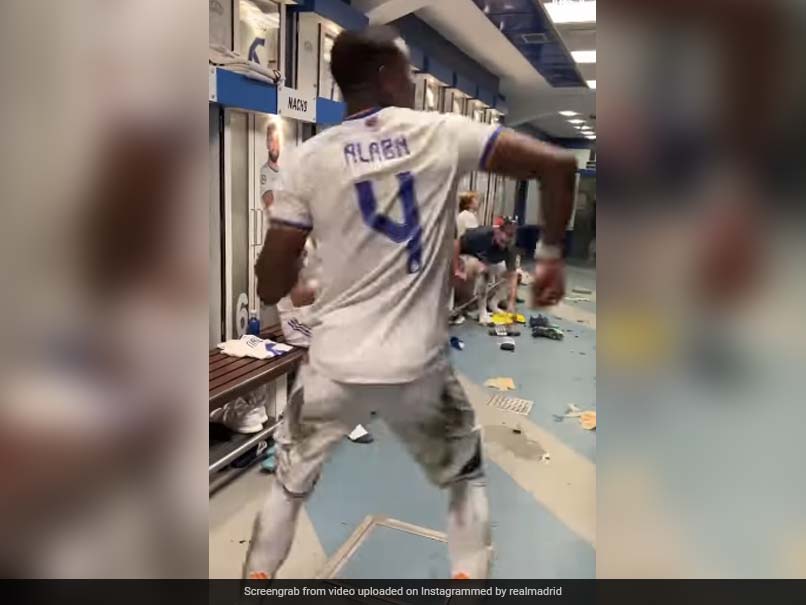 Despite losing 2-3 in their UEFA Champions League quarter-final second leg fixture against Chelsea, Real Madrid booked a berth in the semi-finals with a 5-4 aggregate victory. The LaLiga outfit took to social media to post a video of David Alaba performing a victory celebration dance, much to the enthusiasm of his other teammates in the dressing room. Praising the Austrian defender’s dance moves, the Spanish outfit also captioned the video as, “MOVES LIKE JAGGER ALABA #UCL”.

Here is the video of Alaba’s dance:

Chelsea began the game with a strong fight as Mason Mount provided his side with an early goal in just 15 minutes. It was followed by Anthony Rudiger and Timo Werner providing Chelsea with a 3-0 lead in the 51st and 75th minute, respectively.

Later, Rodrygo staged a comeback and scored a goal in the 80th minute, which kept some hopes alive for Real Madrid. But it was finally Benzema, who put the final nail in the coffin and scored a late goal in the extra time and ended the game with 2-3 and an aggregate of 5-4.

Real Madrid will be facing either Manchester City or rivals Atletico Madrid in the semi-final clash of the UEFA Champions League.