In the IPL 2022 mega auction, Arjun Tendulkar also drew a bid from Gujarat Titans before being re-signed by Mumbai Indians for Rs 30 lakh.

Sachin Tendulkar is the undisputed legend of the games and currently also the mentor of five-time Indian Premier League (IPL) champions Mumbai Indians. However, MI have lost five matches on the trot in the IPL 2022 and ahead of their sixth game against Lucknow Super Giants, they have come up with a big news – potential IPL debut for Sachin Tendulkar’s son and Mumbai all-rounder Arjun Tendulkar.

Arjun had started as a net bowler for MI before being signed up for Rs 20 lakh in IPL 2021 auction. In the IPL 2022 mega auction, Arjun also drew a bid from Gujarat Titans before being re-signed by MI for Rs 30 lakh. Arjun hasn’t got a chance to play for MI yet but is likely to make his debut on Saturday (April 16).

As MI teased a debut for Arjun, his sister Sara Tendulkar commented on the post. Sara has been a huge supporter of Arjun and had shared a post for him after he was signed by MI for the first time. 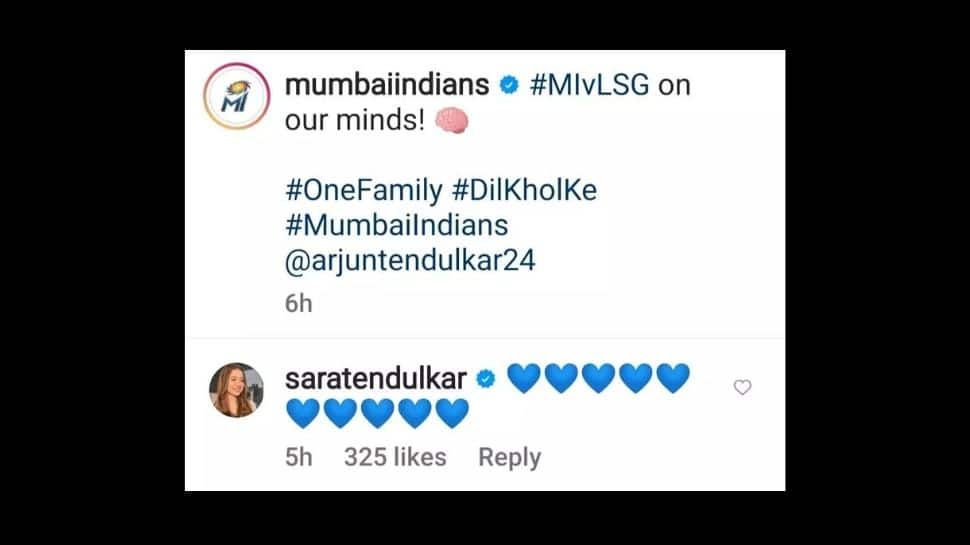 If the Mumbai left-arm pacer make the final XI, Arjun will replace either Basil Thampir or Jaydev Unadkat. MI’s pace attack has been their weak link and biggest reason for their shocking start in the tournament. Arjun has played 2 T20s for Mumbai state team. He was part of Mumbai’s Ranji Trophy team but is uncapped in first-class cricket.

Meanwhile, star batter Suryakumar Yadav urged one and all to show some patience with an out of sorts Mumbai Indians as it is currently undergoing a transition phase and results will only show up in the coming seasons with some great talents turning into finished products.

MI have already lost their first five matches and it is now near impossible for them to get back into the reckoning for play-offs as they would need to win at least eight of the remaining nine games. “As you have seen, it is a fresh auction and we are building this team for the next three-four years, coming a few years down the line, you will see some great players coming out from this team,” Surya said at the virtual pre-match press conference which was an indicator that MI’s current season could well be over even before it reaches mid-phase of the league.

In a bold gamble at the IPL mega auction, MI think-tank have spent Rs 8-crore on English star pacer Jofra Archer despite his unavailability for the season, while it let go their left-arm pacer Trent Boult.