Home “Need To Have Some Fun”: Axar Patel Reveals Why Rishabh Pant Likes To Chirp Behind The Stumps

“Need To Have Some Fun”: Axar Patel Reveals Why Rishabh Pant Likes To Chirp Behind The Stumps 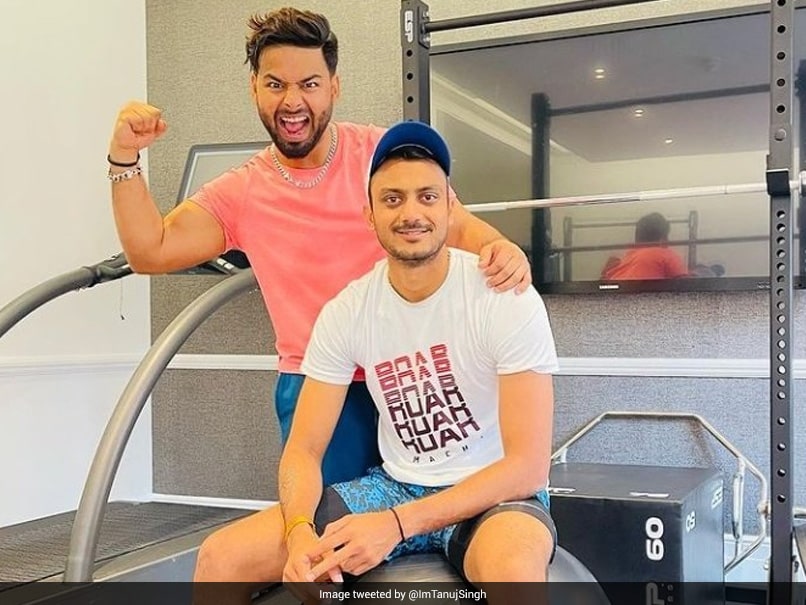 Axar Patel has revealed why Rishabh Pant likes to chirp behind the stumps.© Twitter

Wicketkeeper-batter Rishabh Pant is possibly the next big thing in Indian cricket and he has the potential to change the complexion of any game within minutes. Fans also like Pant as he has a knack of riling up the opposition batters while he is doing wicketkeeping. Pant is one chirpy character behind the stumps and he knows how to get under the skin of opposition batters. Pant’s Team India and Delhi Capitals teammate Axar Patel has now revealed why Pant likes to make weird noises behind the stumps at certain times.

Axar has revealed that Pant starts making weird noises at times in order to have some fun else he will be bored.

“The noises he (Rishabh Pant) makes. He will always make some noise or the other I ask him ‘what are you doing.’ And Rishabh says ‘Need some fun around, or I was getting bored otherwise’,” Axar said on Breakfast With Champions.

“He’ll randomly ask the fielder at point, ‘Bro how’s it going?’. The slip fielders are always ready, he can do anything all of a sudden. He will throw his gloves to the side, he’ll do anything. The person next to him is always alert. When Virat Kohli bhai is there then he controls himself, but if it’s Puji bhai (Cheteshwar Pujara), Mayank Agarwal or KL Rahul, then you just can’t hold him back,” he added further.

Rishabh Pant and Axar Patel are currently playing for the Delhi Capitals in the ongoing IPL 2022 season.

Delhi Capitals are at the eighth spot in the IPL points table with four points from four games.

The side will next square off against Royal Challengers Bangalore on Saturday evening.