Today, AMD detailed its Ryzen Pro 6000 chips, which will make their way to high-end business laptops in Q2. Some of these chips have already been announced as part of HP’s EliteBook 800 G9 series and Lenovo’s ThinkPad Z and T series.

All Ryzen Pro 6000 processors are based on AMD’s latest Zen 3+ architecture, which is developed on a 6nm node and promises up to 30% better performance. The Pro 6000 chips are paired with AMD’s RDNA 2 built-in graphics, which bring the biggest improvement over the Pro 5000 series.

Out of the eight new processors, three have six cores and twelve threads, and the other five are all eight-core with sixteen threads. 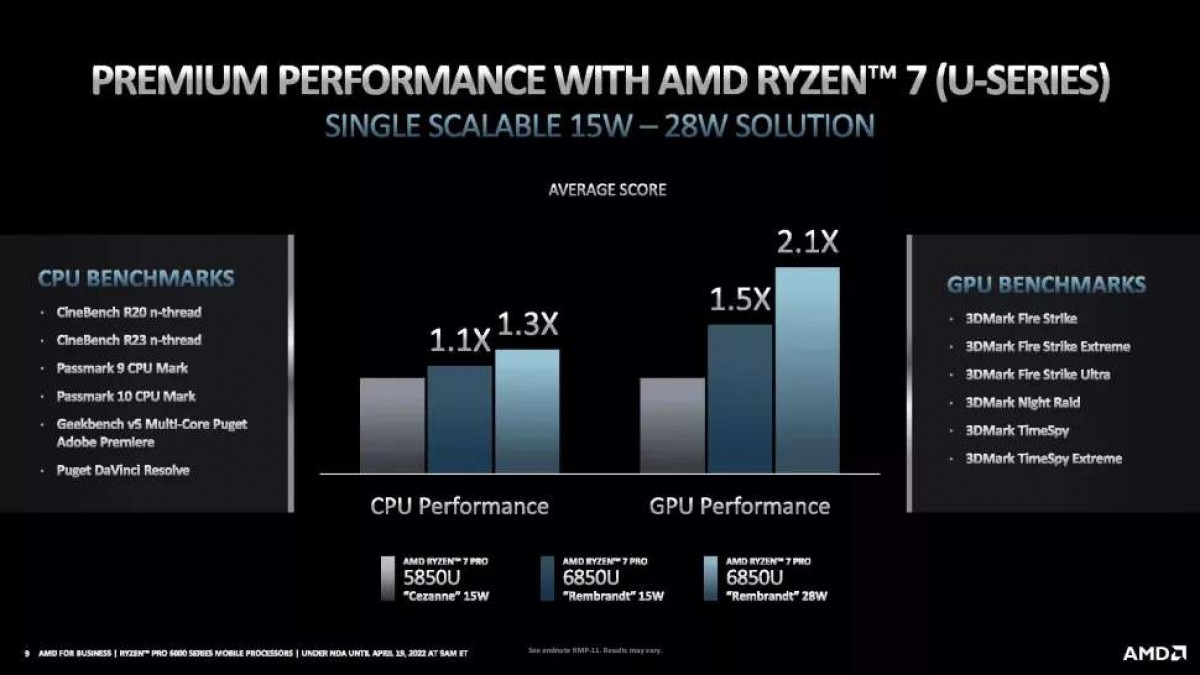 The Ryzen Pro 6000 series are the first x86 chips to have support for Windows Pluton – a level 2 security platform that protects against attacks. Additionally, there’s support for Windows Autopilot, which allows admins to quickly setup new Windows 11 PCs. 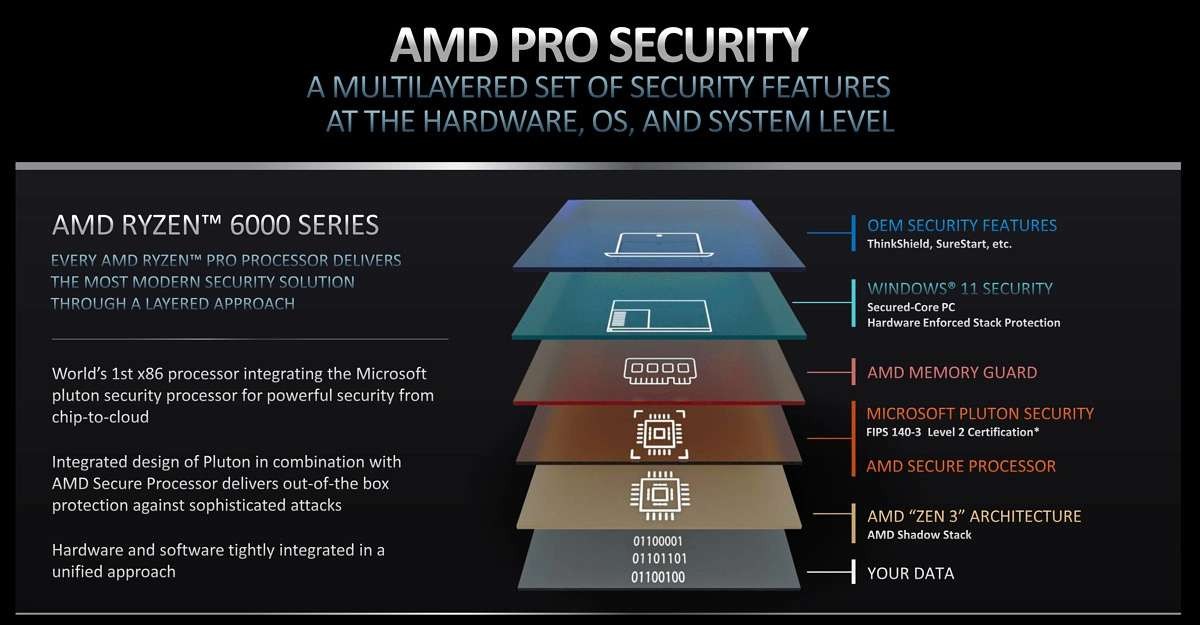 AMD’s Ryzen Pro 6000 processors will arrive in Q2 of this year and will be present in a bunch of business laptops.