Nepal on Monday opened a Chinese-built airport intended to capitalise on Buddhist tourism, as India’s prime minister landed a few kilometres away to mark the birth, enlightenment and death of the religion’s founder.

But Narendra Modi flew by helicopter directly from a nearby Indian airport to the Buddha’s birthplace at Lumbini, bypassing the new facility as his Nepali counterpart Sher Bahadur Deuba inaugurated it.

The sequence of events illustrates the competition for influence in the landlocked Himalayan country by its two giant neighbours.

Nepal has traditionally done a balancing act between New Delhi and Beijing, but analysts believe Indian influence over Kathmandu has been dwindling as China pours heavy investment into the landlocked Himalayan nation.

The $76 million airport project in Bhairahawa, the closest city to Lumbini, is funded by the Asian Development Bank and OPEC Fund for International Development but built by China’s Northwest Civil Aviation Airport Construction Group.

“The immense devotion to Lord Buddha in both our nations binds us together, makes us members of one family,” Modi said in a speech, while Deuba said the Indian leader’s visit would “contribute to give worldwide visibility to Lumbini”.

Pradeep Adhikari, the chief of Nepal’s Civil Aviation Authority, told AFP that the existing Kathmandu airport was at capacity.

“Nepal’s air passengers are growing every day… we cannot add more flights in Kathmandu,” he said. “So, we hope this new airport will be able to cater those flights and passengers.”

It has a capacity of two million passengers a year and is expected to ease travel for pilgrims to one of the holiest sites in Buddhism.

Lumbini, a UNESCO world heritage site, is visited by thousands of pilgrims every year and plans to establish direct air links to countries with significant Buddhist communities, such as Cambodia, Thailand, Laos, Sri Lanka, Myanmar and India. 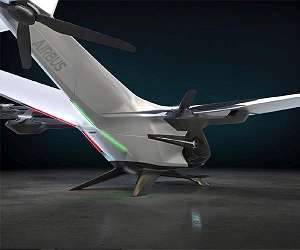 
Airbus has selected MAGicALL to supply the motors of the electric vertical take-off and landing (eVTOL) aircraft CityAirbus NextGen. Airbus’ eVTOL prototype will be equipped with a tailored version of the MAGiDRIVE, the newest generation of electric motors manufactured by MAGicALL.

The detailed customisation of CityAirbus NextGen’s electric propulsion system will enable the prototype to benefit from features that will match its unique design, making for increased performance and reliability. The l … read more

India must look at multiple technology options, including hybrids, to tackle…

Stating that the United States is concerned about religious communities in India,…