Chinese President Xi Jinping will host a virtual summit with top leaders from Russia, India, Brazil and South Africa next week, marking the first such meeting since the Ukraine crisis unfolded.

The influential club of BRICS emerging economies formed in 2009 is home to more than 40 percent of the global population and accounts for nearly a quarter of the world’s gross domestic product.

Three of its members — China, India and South Africa — have abstained from voting on a UN resolution condemning Russia’s invasion of Ukraine.

China and India have strong military links with Russia and purchase significant amounts of its oil and gas.

Xi in a call Wednesday assured his Russian counterpart Vladimir Putin that China will support Moscow’s core interests in “sovereignty and security” — leading Washington to warn Beijing it risked ending up “on the wrong side of history”.

South Africa, one of the few African countries wielding diplomatic influence outside the continent, has also refused to condemn the Russian military action, to safeguard important economic ties.

This year’s theme focuses on “fostering high-quality BRICS partnerships (and) ushering in a new era for global development”, Hua said.

China said at a BRICS foreign ministers meeting in May that it wants other emerging economies to join the grouping, though it is unclear whether new members have been invited. 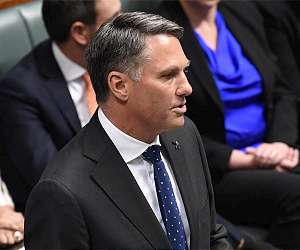 
Australian Defence Minister Richard Marles confirmed Sunday he was introduced to his Chinese counterpart Wei Fenghe at Singapore’s Shangri-La Dialogue, the first such contact between the nations in more than two years.

Marles, who also serves as Australia’s deputy prime minister, told Sky News Australia the pair had shaken hands at the high-level security summit “but there’s been no opportunity to have a proper conversation”.