Officials confirmed that 19 people were pulled out alive after part of a hill broke off and struck a railway construction camp in Noney district in Manipur state.

“I pray for the safety of all those affected. My thoughts are with the bereaved families. May the injured recover soon,” Prime Minister Narendra Modi said on Twitter.

Rescue operations were being hampered by rain and more landslides, India’s army said.

“A concerted effort is underway to rescue the missing individuals. The army helicopters are on standby waiting for the weather to clear,” said army spokesman Sumit Kumar Sharma.

India’s remote northeast has been hit by heavy rainfall, triggering landslides and floods.

Dozens were killed in the region after flooding earlier this month, with relentless rains triggering landslides and inundating homes.

Earlier this year, at least 10 people including a four-year-old child were killed in floods and landslides after unusually heavy rains pummelled several parts of India.

Experts say climate change is increasing the number of extreme weather events around the world, with damming, deforestation and development projects in India exacerbating the human toll. 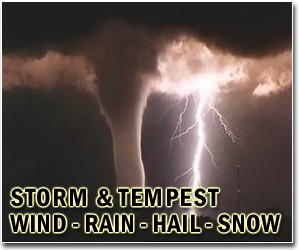 One dead as rare tornado tears through Dutch city


A tornado ripped through a southwestern Dutch city on Monday, killing a woman and injuring nine others in the first fatal twister to hit the country for three decades.

The whirlwind left a trail of destruction through the seaside city of Zierikzee, ripping the roofs off homes and toppling trees onto cars, an AFP journalist at the scene said.