Sachin Tendulkar’s daughter Sara Tendulkar is known for her beauty with brains. The 24-year-old is not just an internet sensation thanks to her good looks but also her intelligence. Tendulkar’s daughter completed her schooling from Dhirubai Ambani International School and after that she went to London to do her graduation. Sara has studied medicine from University College, London. Her mother, Anjali, is also a doctor.

Unlike her father, Sara has not taken the route of sports. She has rather become a model for different fashion brands. A few months ago, she shot for her first model assignment alongside popular bollywood actresses.

Not to forget, Sara is a traveller and she likes to visits and discover new places. She has been to many countries like France, England, Indonesia, Dubai, etc. Quite recently, she was in Thailand, at an island called Koh Samoi, from where she posted many Instagram stories.

Sara regularly shares updates from her life on her Instagram stories so that her 2.1 million followers do not miss a single update. On her recent Instagran story, her fans got to know that the gorgeous Sara Tendulkar is going to become a bridesmaid at her best friend’s wedding. Sara revealed that via an Instagram story.

Check out her Stories below, as they might disappear in some time. 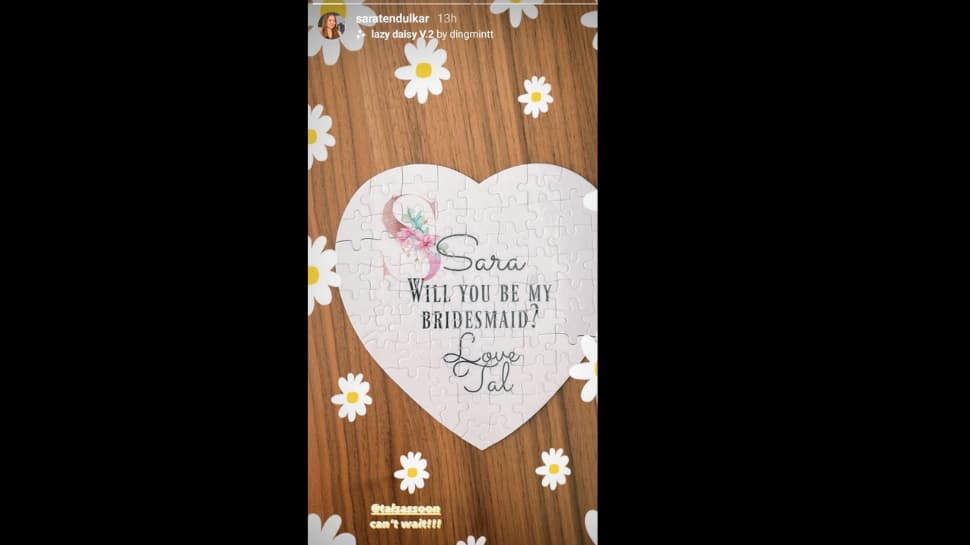 As per many sources, Sara is expected to make her Bollywood debut soon as well. But there is no news so far on her debut on silver screen yet. Sara’s brother, Sachin’s youngest kid Arjun Tendulkar, on the other hand, is taking rapid strides in cricket. He recently played for state side Mumbai while continues to be a member of Mumbai Indians for two seasons now, 2021, 2022. However, he has not got his debut yet in IPL. It is believed that 2023 will be Arjun’s year when he makes his debut and you will surely find Sara attending that game.