DRI officials searched Oppo India offices and key managers’ residences, it said, and recovered “evidence indicating wilful mis-declaration in the description of certain items imported by Oppo India for use in the manufacture of mobile phones”.

Relations between New Delhi and Beijing have been at a low ebb since a deadly Himalayan military stand-off between the countries in 2020.

The searches make Oppo the latest Chinese tech company to come under New Delhi’s spotlight, after similar raids against Vivo, Xiaomi and Huawei earlier this year.

The government justified the bans as a necessary safeguard against threats to India’s sovereignty.

Anti-China sentiment has grown in India since the fatal 2020 troop clash, sparking calls for consumer boycotts of Chinese goods.

China continues to be a key economic partner for India, with more than $125 billion in bilateral trade last year.

India is home to the second-highest number of smartphone users in the world, after China.

Oppo India, which also manages other brands including OnePlus and Realme, is one of the largest smartphone vendors in the country.

Oppo, which is owned by China’s BBK Electronics, said it has “a different view on the charges mentioned”.

“We believe it’s an industry-wide issue (that) many corporates are working on … we are going to reply (to) the notice, presenting our side,” the company said in a statement. 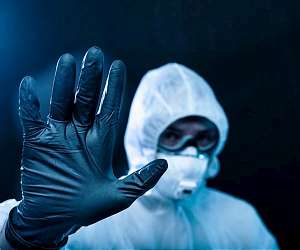 China to stop testing some imports for Covid


China will stop testing some imported goods for Covid-19, its national health commission said, as Beijing struggles to balance its insistence on zero-Covid with fears of economic slowdown.

The last major economy committed to stamping out domestic spread of the virus, China has swabbed and disinfected overseas shipments since 2020 and has often blamed imports for resurgent outbreaks.