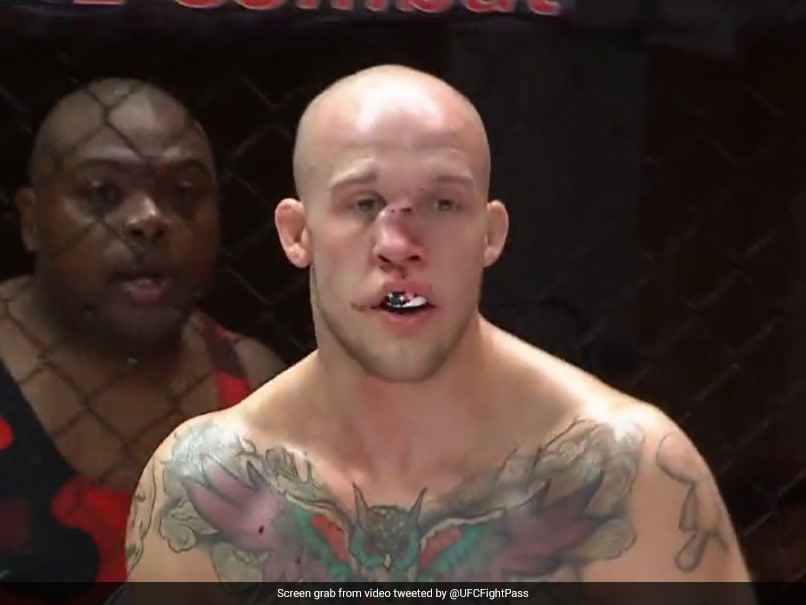 In a horrifying incident, MMA fighter Blake Perry suffered a severe injury during a fight with Marcel McCain.

On Saturday at Urijah Faber’s A1 Combat 4 in Stockton, California, Mr Perry took a knee to the face that caused a badly shattered nose that eventually forced a stoppage in the second round of his welterweight bout. A stomach-churning video shared by Ultimate Fighting Championship (UFC) Fight Pass showed a doctor forcing his horribly disfigured nose back into place.

Watch the clip below:

The video, which has garnered more than 3 million views, left internet users shocked. “That s*** is gonna hurt even worse when [they] have to reset it. I can almost hear the crunch,” wrote one user. “Bro changed his nose to italics,” said another. “Are… are noses supposed to curve like an S?” added third, while a fourth jokingly commented, “Man got his nose knocked into the multiverse of madness.”

According to MMA Fighting, even after the nose injury, Mr Perry insisted on coming out for the second round. However, the referee and ringside physician conferred and announced that the fight should be stopped. An in-ring medical professional was also quoted saying that Mr Perry had his nose in the shape of an ‘S’. Mr Perry later had his nose put back into place, the outlet reported.

On social media, the Hawaiian MMA fighter reassured his fans. “Unfortunately the doctor did not let me out for the second round of my fight last night,” Mr Perry wrote in the caption.

“All respect to my opponent Marcel for his hard-fought victory. Even though the fight was only one round, we brought home the bonus from last night’s fight,” he added.

Further, Mr Perry informed that he is recovering fast. He calmed his fans down and even promised to be at another fight next weekend.