Sri Lanka on Tuesday brushed aside Indian concerns over a scheduled visit by a Chinese ship, saying it was coming only to refuel and replenish supplies.

The research and survey ship Yuan Wang 5 is due to dock in the Chinese-run Hambantota Port in southern Sri Lanka on August 11, according to analytics website MarineTraffic.

Indian media reports said that New Delhi was worried the vessel would be used to spy on its activities and that it had lodged a complaint with Colombo.

It is a dual-use spy vessel, employed for space and satellite tracking and with specific usage in intercontinental ballistic missile launches, according to Indian broadcaster CNN-News18.

Sri Lankan government spokesman Bandula Gunawardena said that the cabinet discussed the ship’s visit on Monday and that it would still be allowed to dock.

“Both India and China are helping us at this very crucial time when we are facing an unprecedented economic crisis,” Gunawardena said.

“The President (Ranil Wickremesinghe) informed the cabinet that this matter will be diplomatically resolved by talking to all sides. Both are important friends.”

The vessel is to spend about a week at Hambantota taking in fuel and other supplies and will not undertake any work while in Sri Lankan waters, Gunawardena said.

Another minister, Manusha Nanayakkara, told the same press conference that 18 previous such port visits to Sri Lanka had been made by Chinese research vessels and that the Yuan Wang 5 was stopping “only for bunkering”.

There was no immediate comment from the Indian High Commission in Colombo.

However, New Delhi last week made it clear that it will closely monitor “any bearing on India’s security and economic interests and takes all necessary measures to safeguard them”.

India remains suspicious of China’s growing influence in its southern neighbour Sri Lanka, which owes large amounts of money to Beijing for infrastructure projects, including the $1.4-billion Hambantota Port.

Sri Lanka gave a Chinese company a 99-year lease on the port, located along the main East-West international shipping lanes, in 2017 after being unable to keep up with debt repayments on the facility.

Sri Lanka defaulted on its $51 billion in foreign debts in April and has since opened bailout talks with the International Monetary Fund.

The country’s 22 million people have been enduring severe shortages of food, fuel and medicines since late last year when the government ran out of foreign exchange to finance most imports.

President Gotabaya Rajapaksa, whose brother Mahinda Rajapaksa borrowed heavily from China while president from 2005-15, was forced to flee and step down last month when protesters overran his palace. 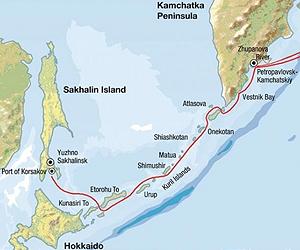 
Japan’s defence ministry said Friday it was alarmed at fresh threats from Russia and had growing worries about Taiwan, in an annual report that comes as Tokyo weighs significantly increasing military spending.

The document includes a chapter on Russia’s invasion of Ukraine, which it says risks sending the message “that an attempt to unilaterally change the status quo by force is acceptable”.

The paper surveys the global security landscape and specific threats to Japan, and says there was conc … read more