Soldiers from several countries have arrived in eastern Russia for joint military drills that China will take part in, Russia’s defence ministry said Monday, amid tensions between Moscow and Western capitals.

Servicemen from Kremlin-friendly countries including close ally Belarus, India, Mongolia and Syria will participate in the drills.

The exercises will take place between September 1 and 7, and will be spread across seven military training grounds in Russia’s east as well as in the waters of the Sea of Okhotsk and Sea of Japan.

Similar drills were last held in 2018.

China’s defence ministry confirmed earlier this month it would be taking part but did not say how many troops it is sending.

Beijing insisted its participation in the joint exercises was “unrelated to the current international and regional situation”.

Over 50,000 servicemen and 5,000 units of military equipment, including 140 aircraft and 60 ships, will be involved in the military exercises called Vostok-2022, the defence ministry said in a statement.

The participating soldiers arrived at the Sergeyevsky training ground in Russia’s Far East and have “started preparing and receiving their equipment and weapons”, it added.

Moscow did not say how many soldiers will be arriving from each participating country.

Since Russia sent troops into Ukraine on February 24, Moscow has sought closer ties with countries in Africa, South America and Asia — particularly China.

Moscow was in full solidarity with Beijing during the August visit of US House Speaker Nancy Pelosi’s to self-ruled, democratic Taiwan, which China considers its territory.

The US State Department, however, has said that while warming ties between China and Russia undermined global security, Washington didn’t “read anything” into the drills. 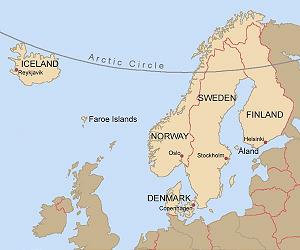 
Turkey on Friday said Sweden and Finland renewed their commitment to fight “terror” at the first meeting aimed at addressing Ankara’s conditions for accepting their NATO membership bids.

The talks in the Finnish capital Helsinki were the first since the three sides signed an agreement on the sidelines of NATO summit in June paving the way for the Nordic countries’ drive to join the Western defence alliance.