A South African court on Thursday upheld a ban imposed on energy giant Shell from using seismic waves to explore for oil and gas off the Indian Ocean coast.

The judgement was a major victory for environmentalists who had argued the technique would affect whales and other marine life.

In a ruling seen by AFP, the high court in the southern city of Makhanda said authorisation granted in 2014 to search for oil and gas in the Transkei and Algoa areas “is reviewed and set aside.”

Last December the same court had issued an interim order prohibiting Shell from going ahead with its plans.

Civil rights organisations and civilians celebrated outside the courthouse, according to local media.

“We live off the land and the ocean. The government tells us that oil and gas will bring job opportunities, but we know full well that it will destroy our livelihoods,” Nonhle Mbuthuma from the local environmental lobby group Amadiba said in a statement.

A Shell spokesperson told AFP they “respect the court’s decision” and would review the judgment to “determine our next steps”.

Shell did not say if it would appeal the judgment.

“We remain committed to South Africa and our role in the just energy transition,” he said.

Green Connection, one of the environmental and rights groups which had filed the case, said in a statement “civil society, traditional communities and small-scale (fishermen) have once again been vindicated by the courts”.

Shell planned to map more than 6,000 square kilometres (2,300 square miles) by bouncing sonic waves off the sea floor and using the reflection to build up a 3D image.

Campaigners argued that the research would have sent an “extremely” loud shockwaves every 10 seconds, 24 hours a day for five months, potentially harming migration, feeding and other routines for marine mammals and other species.

“This court victory shows that the fossil-fuel companies are required to follow the law, include all affected people in public participation processes and consider all the harms to the environment,” Pooven Moodly of Natural Justice said in a statement.

South Africa’s energy ministry had backed the scheme, and lashed those who opposed it as thwarting investment in the country’s development.

All About Oil and Gas News at OilGasDaily.com 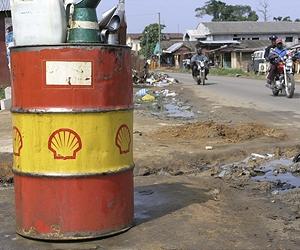 
Fossil fuel subsidies nearly doubled globally in 2021 to $697.2 billion, according to the International Energy Agency and Organization for Economic Co-operation and Development.
These fossil fuel investments by major world economies are a roadblock to a more sustainable energy future, according to a statement from IEA Executive Director Fatih Birol.
“Fossil fuel subsidies are a roadblock to a more sustainable future, but the difficulty that governments face in removing them is underscore … read more