The two sides agreed during the 16th round of top-level military talks to begin withdrawing “troops in the area of Gogra-Hot Springs”, according to the statement.

The move, on the frontier between them in Ladakh, was “conducive to the peace and tranquillity in the border areas”, it added.

Beijing did not immediately comment, although New Delhi issued the announcement as a joint statement.

The world’s two most populous nations mobilised tens of thousands of soldiers in the high-altitude Ladakh region after a medieval-style, hand-to-hand battle in 2020 left at least 20 Indian and four Chinese soldiers dead.

Relations plunged between the Asian giants, which fought a full-scale war in 1962 and have a series of border disputes stretching from India’s Ladakh to its northeastern state of Arunachal Pradesh.

Beijing claims that state in its entirety and considers it part of Tibet.

Both countries have regularly accused each other of trying to seize territory along their unofficial divide, known as the Line of Actual Control.

Last year, the rivals announced a similar disengagement of their troops from the Pangong Lake area on the disputed border in Ladakh, but other friction points remain. 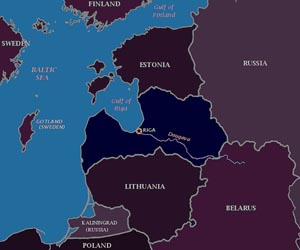 
Around a hundred German soldiers arrived in Lithuania on Sunday, after Germany pledged to bolster its presence on NATO’s eastern flank following Russia’s invasion of Ukraine.

The troops drove off the ferry in the port city of Klaipeda.

They were to make up the command unit of a new brigade, a group usually made up of around 4,000 soldiers.

“Our message to our allies here, on the eastern flank, is that we are committed to ensuring security,” said the brigade’s commander Christian Nawrat.
… read more