Home Weekly poll: what do you think of the new iPhone 14 series?

Weekly poll: what do you think of the new iPhone 14 series?

The iPhone 14 launch event brought exciting new features, but it also delivered a few head-scratchers too. Check out our detailed coverage of the launch here and read up on the prices of the iPhone 14 series phones around the world. And in case you didn’t notice, in some regions the prices have gone up considerably compared to last year. 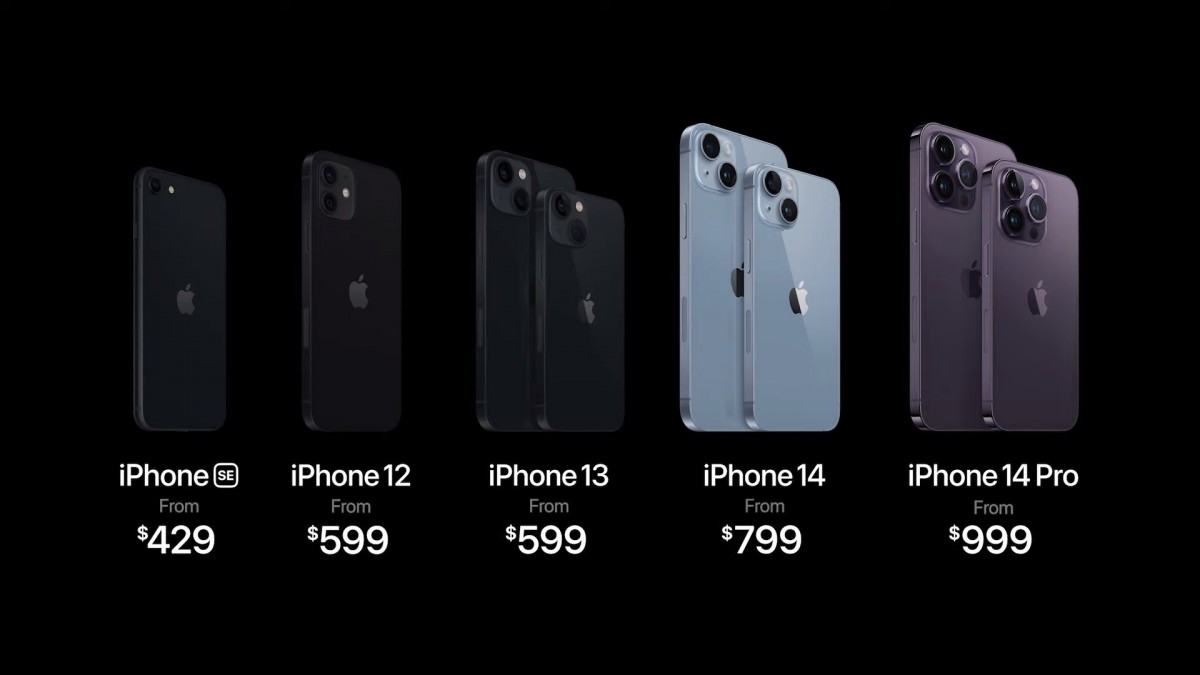 All four models went on pre-order this Friday, however, only the iPhone 14, 14 Pro and 14 Pro Max will be available from September 16. The new iPhone 14 Plus will be out on October 7. Now, allow us to briefly introduce each model before getting your opinion on whether or not any of the four is the right phone for you.

It finally happened – the iPhone 14 Pro Max (and the 14 Pro) left behind the 12MP camera sensors and now boast a 48MP Quad Bayer sensor in the main camera. Apple crowed about the pixel binning and lossless 2x digital zoom that this sensor enables. That may be old news to Android users, but it is the biggest camera upgrade in recent years. 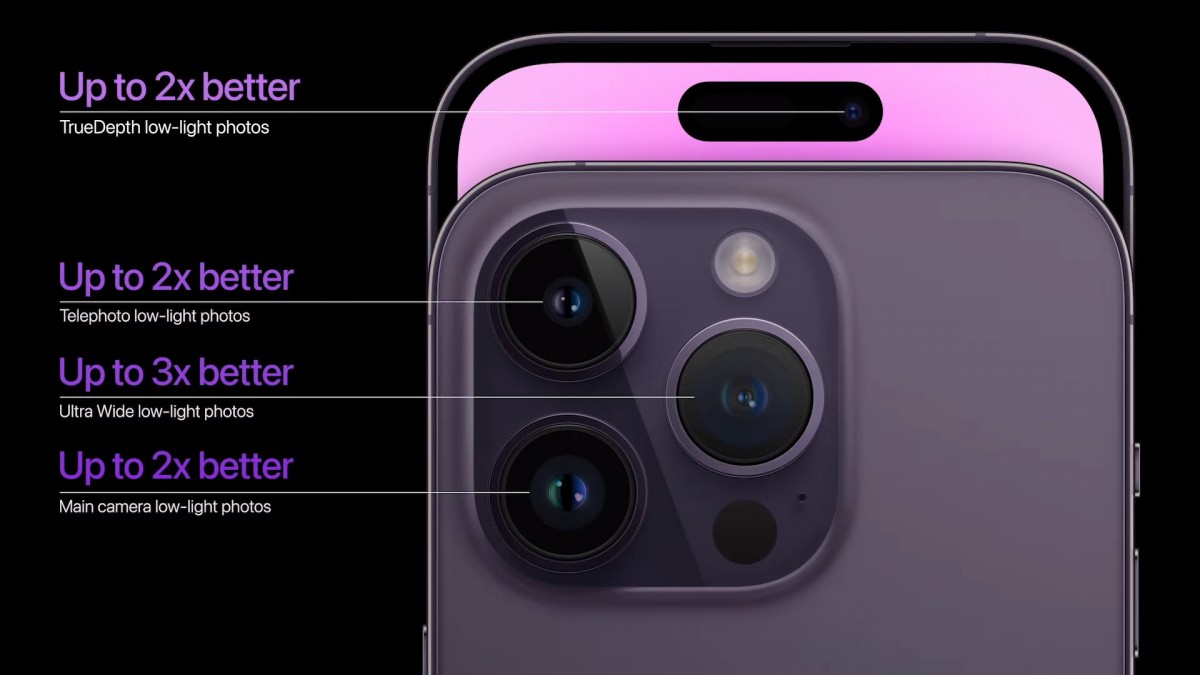 It finally happened, part two – the 120Hz AMOLED display (LTPO) now has an Always On mode. The extra resolution on the main camera didn’t bring about 8K video recording, however, we guess Apple values having seamless switching between the lenses more than the extra resolution. 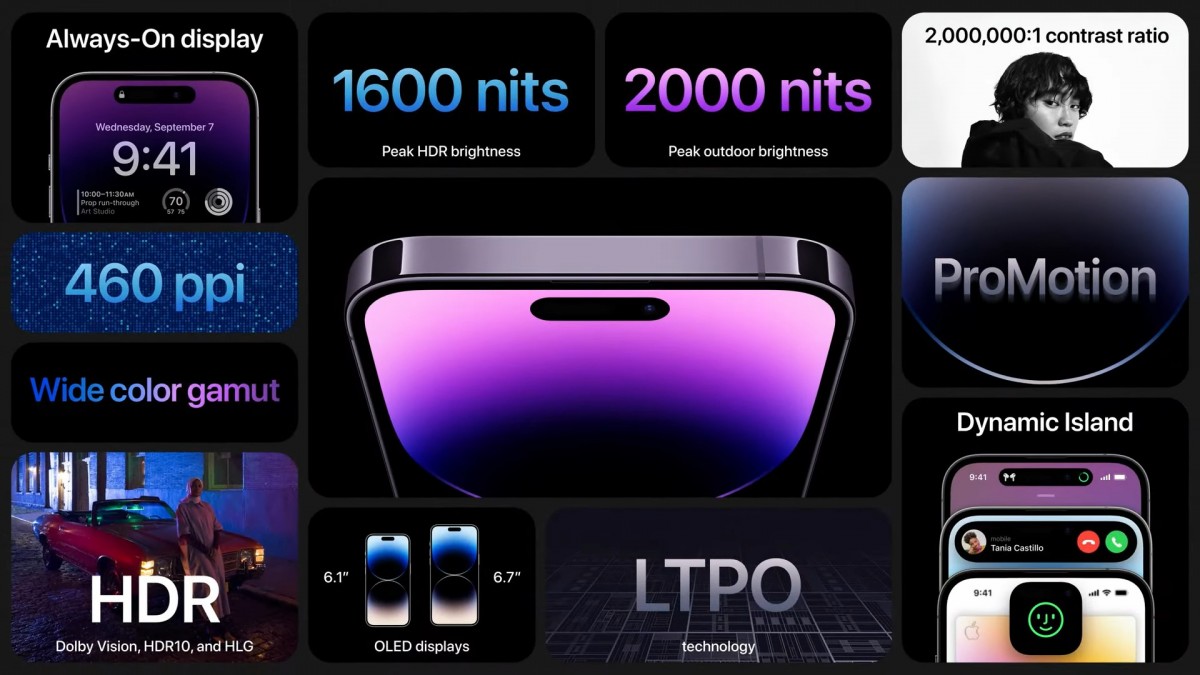 Also, the two Pro models bring a new chipset, the Apple A16 Bionic. Apple didn’t give a direct comparison with the A15 (which powers the two non-Pro models), instead choosing to focus on improvements over the three year old A13. Early indications of A16’s performance are not impressive. 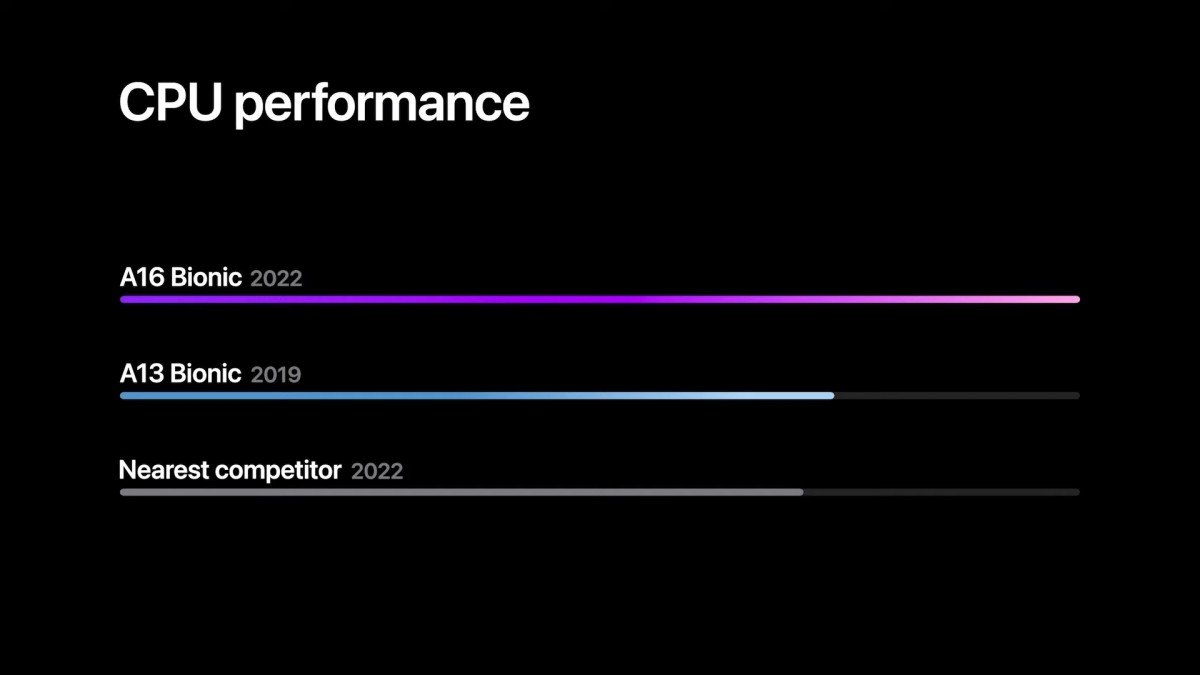 The addition of satellite SOS messaging is great, but the loss of the SIM slot (in the US only) is a questionable move. This applies to all four models, by the way. Also, if you missed what some of the new features are, the promo videos are a quick way to catch up.

Are you tempted to buy an iPhone 14 Pro Max? Tell us below or cast your vote here.

The iPhone 14 Pro shares the same upgrades over its predecessor as the Max model – 48MP main cam, Always On display and so on. This includes the new pill-shaped hole for the TrueDepth camera and the Dynamic Island feature that is responsible for showing notifications with a sprinkling of Apple’s magic dust. There are other improvements too, like the LTPO panels have now been improved to go down to as low as 1Hz. Check out our wrap-up post for more coverage on the iPhones. 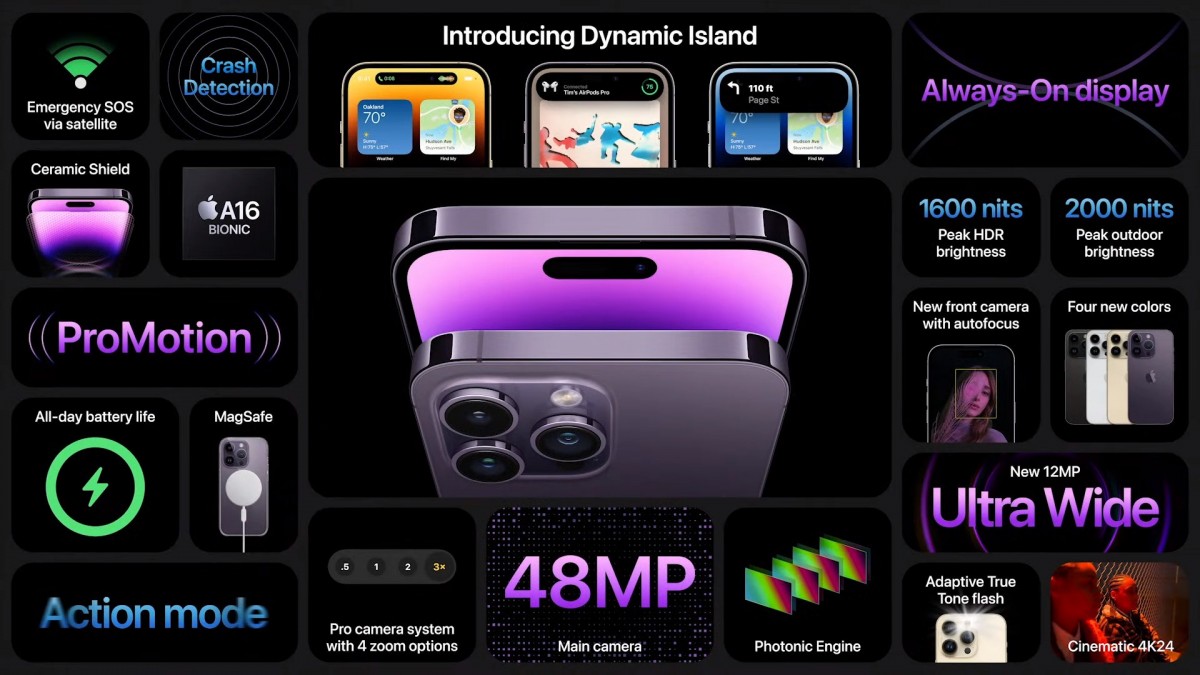 Well, iPhone 14 Pro, yay or nay? Tell us below or cast your vote here.

Speaking of things that finally happened, Apple ditched the mini as expected and introduced a new 6.7” model, the iPhone 14 Plus. This is an interesting one – what if you wanted a display larger than 6.1”, but didn’t care about the more advanced camera of the Pro models (not to mention their higher prices)? With the 13-series you were out of luck, but the 2022 generation has just the phone for you.

Aside from screen and battery size the Plus is basically identical to the vanilla iPhone 14, which we will get to below (and we need to talk about the chipset and other choices). 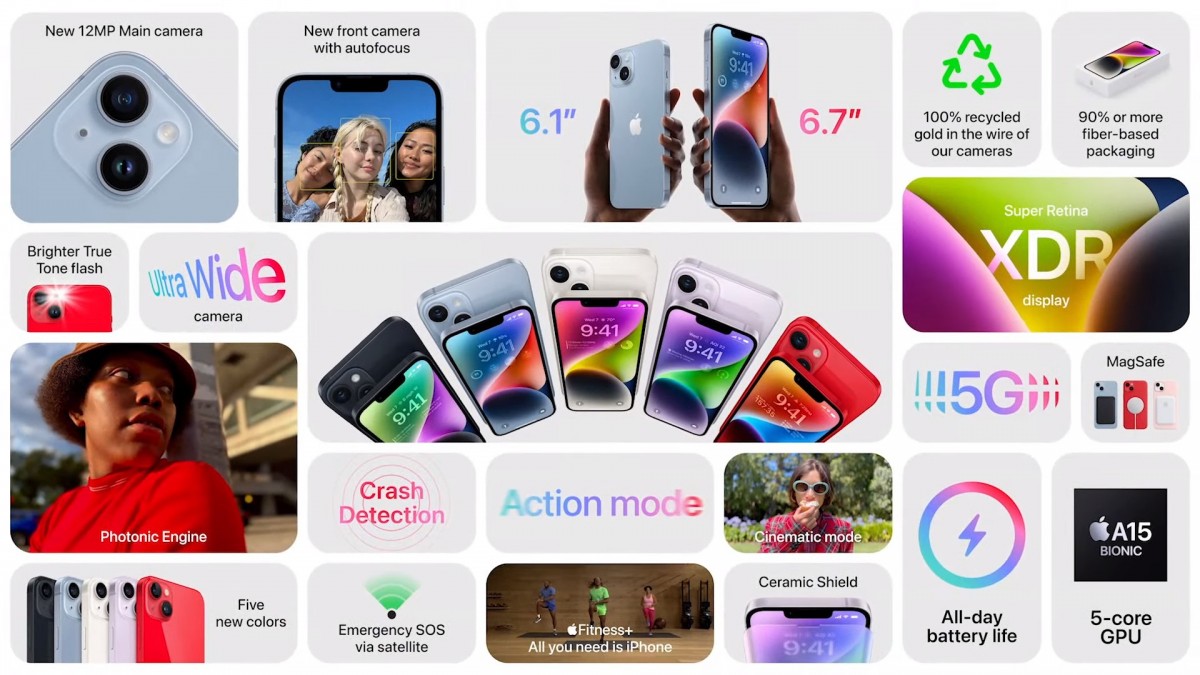 But does it make sense to pick up the older iPhone 13 Pro Max (which is now cheaper in some regions) or is the 14 Plus just the iPhone you’ve been waiting for? Tell us below or cast your vote here.

While the other three models have things to brag about, the iPhone 14 is in a tough spot – it shares the same hardware disadvantages as the 14 Plus but without the novelty of its size. So, why get it over the 13? The new model uses the old A15 chipset, albeit a slightly more powerful version than the 13 got – it has an 18% faster GPU. Also, the main cam has a larger sensor (1.9µm vs. 1.7µm) and the selfie camera has autofocus and they perform better thanks to the Photonic Engine.

But they are still 12MP cameras and you still get a notched display, which is now going out of fashion even at Apple HQ. And the display is the same – a 60Hz AMOLED panel with no Always On mode. And no telephoto lens, of course (having 2x lossless digital zoom from a 48MP sensor would have alleviated this pain). 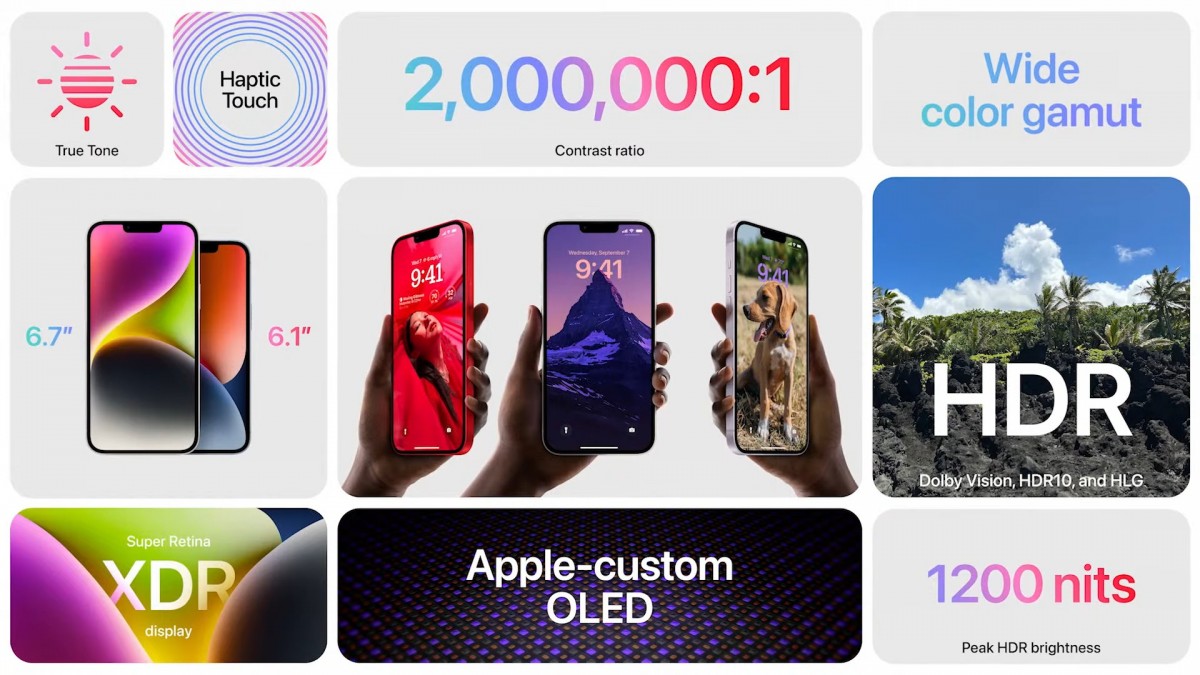 Is the iPhone 14 worth it? Tell us below or cast your vote here.