Home Rain and landslides kill 48 in Nepal and India

Rain and landslides kill 48 in Nepal and India

Heavy monsoon rains and landslides have killed almost 50 people in Nepal and India in recent days, authorities said on Sunday.

Eleven people were injured, including three airlifted to hospital by army helicopter.

A major relief operation was underway with the police and army clearing debris and distributing food, tents and clothes.

Over the border in the northern Indian state of Uttar Pradesh, heavy rains have killed 26 people since Friday, officials said.

The fatalities included nine labourers buried alive when a wall under construction in the state capital Lucknow collapsed on their huts, according to a government statement.

The annual monsoon brings South Asia 70-80 percent of its annual rain but it also brings death and destruction, with nearly 1,400 people killed in Pakistan in recent weeks.

The rainfall is hard to forecast and varies considerably, but scientists believe that climate change is making the monsoon stronger and more erratic. 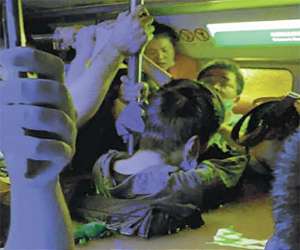 
The UN chief on Wednesday made an urgent appeal to world leaders to act on climate change and “lower the temperature” so as not to “drown” the world, after visiting flood-hit Pakistan.

“I have just returned from Pakistan, where I looked through a window into the future – a future of permanent and ubiquitous climate chaos on an unimaginable scale,” Secretary-General Antonio Guterres told a news conference days before dozens of global leaders were due to arrive in New York for the UN General Assembly … read more