But cracks in summit solidarity quickly appeared, with India’s prime minister telling Putin it was “not the time” for the conflict in Ukraine.

Adding to the tension, the forces of two countries — Kyrgyzstan and Tajikistan — engaged in fierce border clashes while their leaders were in attendance.

Washington said remarks from Putin at the summit on addressing “concerns” about Ukraine from China and India increased pressure on Russia to end its military offensive.

The meeting of the Shanghai Cooperation Organisation (SCO) in ex-Soviet Uzbekistan brought Putin and Xi together with the leaders of SCO members India, Pakistan, and four Central Asian nations, as well as the presidents of Iran and Turkey.

Putin and Xi met on Thursday for their first face-to-face talks since Russia sent troops into Ukraine in February, and on the Chinese leader’s first trip abroad since the early days of the coronavirus pandemic.

The summit was put forward by the Kremlin as an alternative to “Western-centric organisations”, at a time of increasing pressure on Moscow over Ukraine and growing anger in Beijing over US support for Taiwan.

Xi told the gathered leaders it was time to reshape the international system and “abandon zero-sum games and bloc politics”.

They should “work together to promote the development of the international order in a more just and rational direction,” Xi told a joint session.

Putin hailed the increasing influence of countries outside the West, slamming what he called “instruments of protectionism, illegal sanctions and economic selfishness”.

“The growing role of new centres of power who cooperate with each other… is becoming more and more clear,” Putin said.

The summit has been Putin’s first major international outing since Moscow sent troops into Ukraine in February, sparking a conflict that has left thousands dead and seen Russia hit with waves of economic sanctions.

All did not go smoothly for the Russian leader.

In their talks, Indian Prime Minister Narendra Modi told Putin: “Excellency, I know today’s time is not a time for war.”

Putin told Modi he knew of India’s “concerns” about the conflict, echoing language he had used with Xi the day before.

“We will do our best to end this as soon as possible,” Putin said, while accusing Kyiv of rejecting negotiations.

“I think what you’re hearing from China, from India, is reflective of concerns around the world about the effects of Russia’s aggression on Ukraine,” US Secretary of State Antony Blinken said in Washington.

“I think it increases the pressure on Russia to end the aggression.”

But Putin later said Russia was in no rush to finish the military action.

“Our offensive operations in Donbas itself do not stop. They are going at a slow pace… the Russian army is occupying newer and newer territories,” Putin told a press conference at the end of the summit.

“We are not in a hurry… there are no changes.”

The SCO — which also includes Kazakhstan, Kyrgyzstan, Tajikistan and Uzbekistan — was set up in 2001 as a political, economic and security organisation to rival Western institutions.

The group is far from fully united. The leaders of the Kyrgyzstan and Tajikistan were forced to meet at the summit to order their forces to withdraw after deadly clashes along their disputed border raised fears of all-out conflict.

Putin and Xi both also met with Turkish President Recep Tayyip Erdogan, who told the assembled leaders that efforts were being made “to finalise the conflict in Ukraine through diplomacy as soon as possible”.

Putin told Erdogan, who has been a key broker in limited deals between Russia and Ukraine, that Moscow was keen to build closer ties with Turkey and was ready to “significantly increase” all exports to the country.

For Putin, the summit was an attempt to show that he is not fully isolated on the global scene, at a time when his forces in Ukraine are facing major battlefield setbacks.

For Xi, it was an opportunity to shore up his credentials as a global statesman ahead of a pivotal congress of the ruling Communist Party in October, where he is widely expected to secure an unprecedented third term as president. 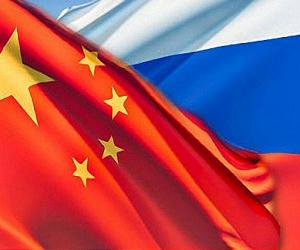 Putin, Xi meet for high-stakes talks in challenge to West


Russia’s Vladimir Putin and China’s Xi Jinping gather with other Asian leaders in the ancient Silk Road city of Samarkand from Thursday for a regional summit touted as a challenge to Western global influence.

Xi and Putin will be joined by the leaders of India, Pakistan, Turkey, Iran and several other countries for the meeting of the Shanghai Cooperation Organisation (SCO) in the Uzbek city on Thursday and Friday.

The main summit day will be Friday, but it is a meeting of the Russian and Chinese … read more