A weeks-long Covid-19 lockdown in Tibet has brought an “expansion of already suffocating living conditions”, a rights group has said, after a top regional official issued a rare apology this month over virus restrictions.

Cities across Tibet have been under Covid curbs since the start of August, with authorities mandating mass testing and keeping locals at home as China sticks to its strict zero-Covid policy.

The vice mayor of Tibet’s capital Lhasa issued a public apology earlier this month admitting to problems with how Covid had been handled, pinning the blame on individual officials.

But “no meaningful remedial measures have been implemented to ameliorate the harsh lockdown and quarantine conditions”, the Washington-based International Campaign for Tibet (ICT) said in a report Thursday.

The ICT said there had been “extreme hardships endured under China’s zero-Covid policy” and warned that “Tibetans are in despair and have no hope for their future under Chinese rule”.

“The Covid outbreak in Tibet has resulted in the expansion of already invasive and suffocating living conditions in Tibet,” it added.

China, which has ruled Tibet since the 1950s, has been accused of trying to eradicate the region’s Buddhist-based culture through political and religious repression and large-scale immigration by the country’s dominant Han Chinese.

Beijing says it “peacefully liberated” the rugged plateau and brought infrastructure and education to the previously underdeveloped area.

Chinese officials have said Tibet is gradually returning to normal after the Covid outbreak, with work restarting at some businesses.

But a business owner near the Gakyiling Zone 3 neighbourhood in Lhasa told AFP he was still under lockdown, declining to say more. 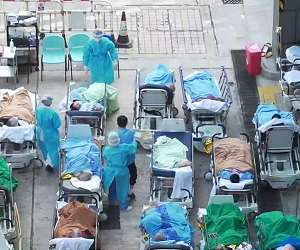 
Hong Kong’s decision to lift quarantine rules on Friday sparked jubilation among many residents, as well as frustration that the decision to reopen to the world did not happen sooner.

Once one of the most internationally connected cities, Hong Kong has imposed some form of quarantine rules on overseas arrivals for more than 920 days.

The changing rules have been a source of frustration for many local and international residents, especially this year when much of the globe switched to living alon … read more