With component shortages and issues with logistics, phone manufacturers find it hard to launch new midrange phones which are substantially better than their predecessors. Luckily, that’s not the case with the Realme 10 Pro+, as it brings an updated design, a better display, a more powerful chipset, an improved camera, and even a slightly faster charging speed over the Realme 9 Pro+.

Let’s start with the design. The Realme 10 Pro+ is the first Realme number series phone with curved front and rear panels, making it look noticeably thinner. And it’s not your widespread minor 2.5D curved edge, it’s a proper 61-degree curve, similar to the Galaxy Edge phones from the past. 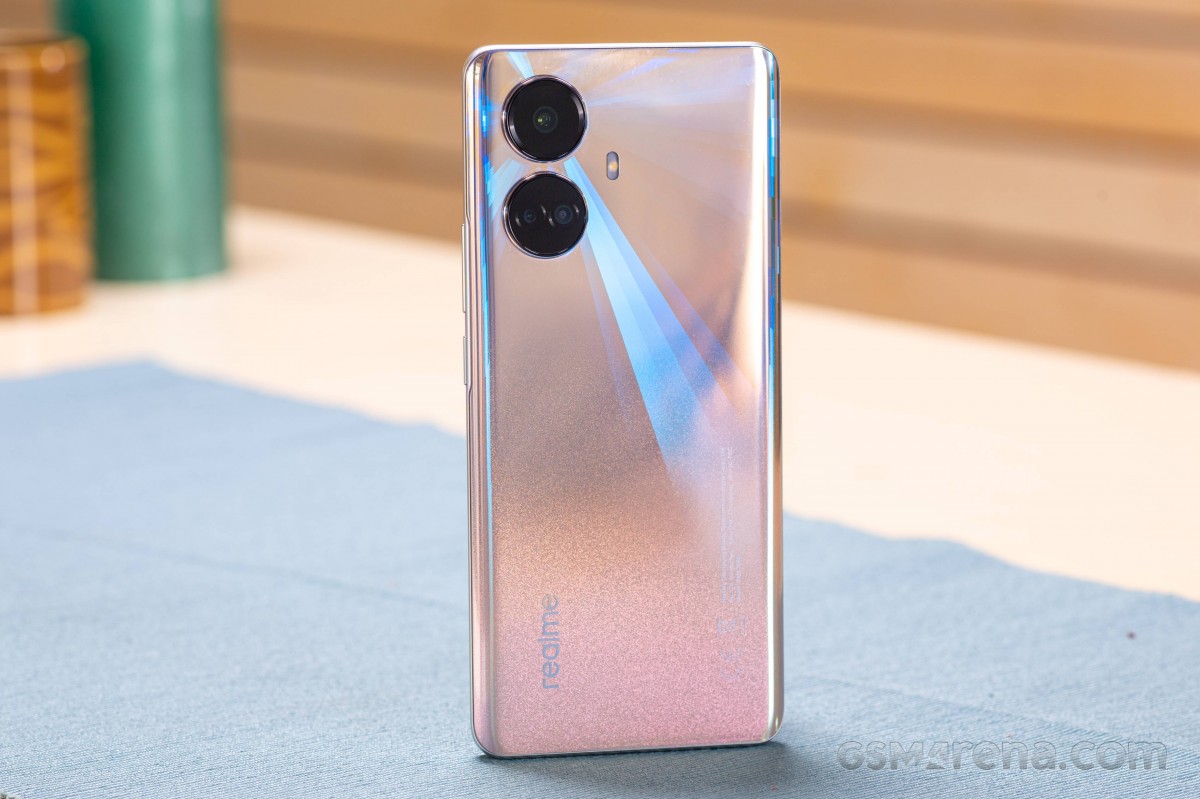 Then there is the larger AMOLED screen, now 6.7-inch, with an even faster 120Hz refresh rate, 360Hz touch response, 10-bit color support, and a higher maximum brightness of 800nits. That is a welcome improvement over the 6.4-inch 90Hz AMOLED on the Realme 9 Pro+, though we are not sure if the fans of the more compact devices would agree.

The chipset has been updated – now the Realme 10 Pro+ uses the brand new Dimensity 1080 5G chip, up from the Dimensity 920 5G inside the Realme 9 Pro+. The new chipset hosts a faster CPU and improved image processing performance. 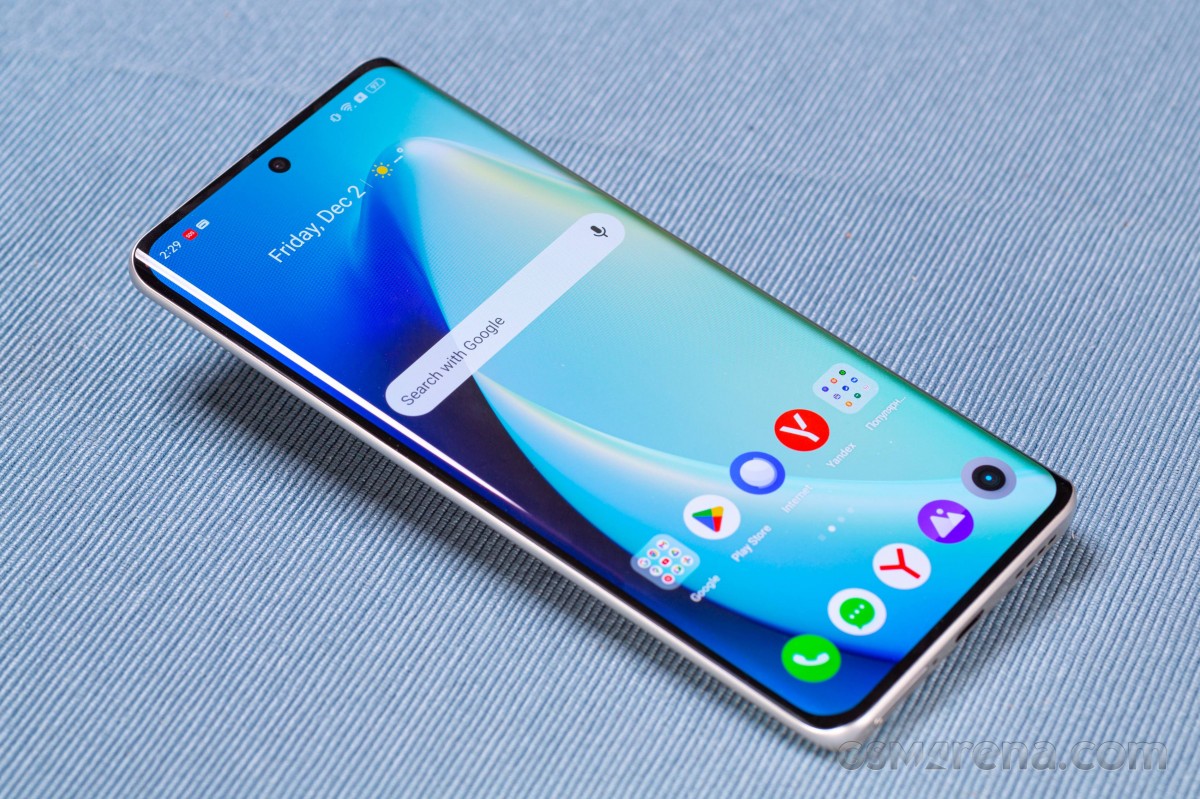 The final improvement is for the stereo speakers – just like the Realme 10, the Realme 10 Pro+ offers Ultra Volume Boost, which may offer up to double loudness at the expense of audio quality.

The Realme 10 Pro+ runs on Android 13 with Realme UI 4.0, and it is the first phone since the Pixel 7 duo we meet running on the new Android version out of the box.

Not everything has been improved since the Realme 9 Pro+, though. The Realme 10 Pro+ has lost the audio jack, there is no info on the screen glass maker, and the back panel is made of plastic instead of glass. There is no official word on waterproofing, not even basic splash resistance, which is also disappointing.

And that’s a wrap on the introductions.

The Realme 10 Pro+ retail bundle is expectedly abundant – you will find the 67W fast charger and the required USB-C-to-A cable inside the box. There is also a soft protective case inside the paper compartment. 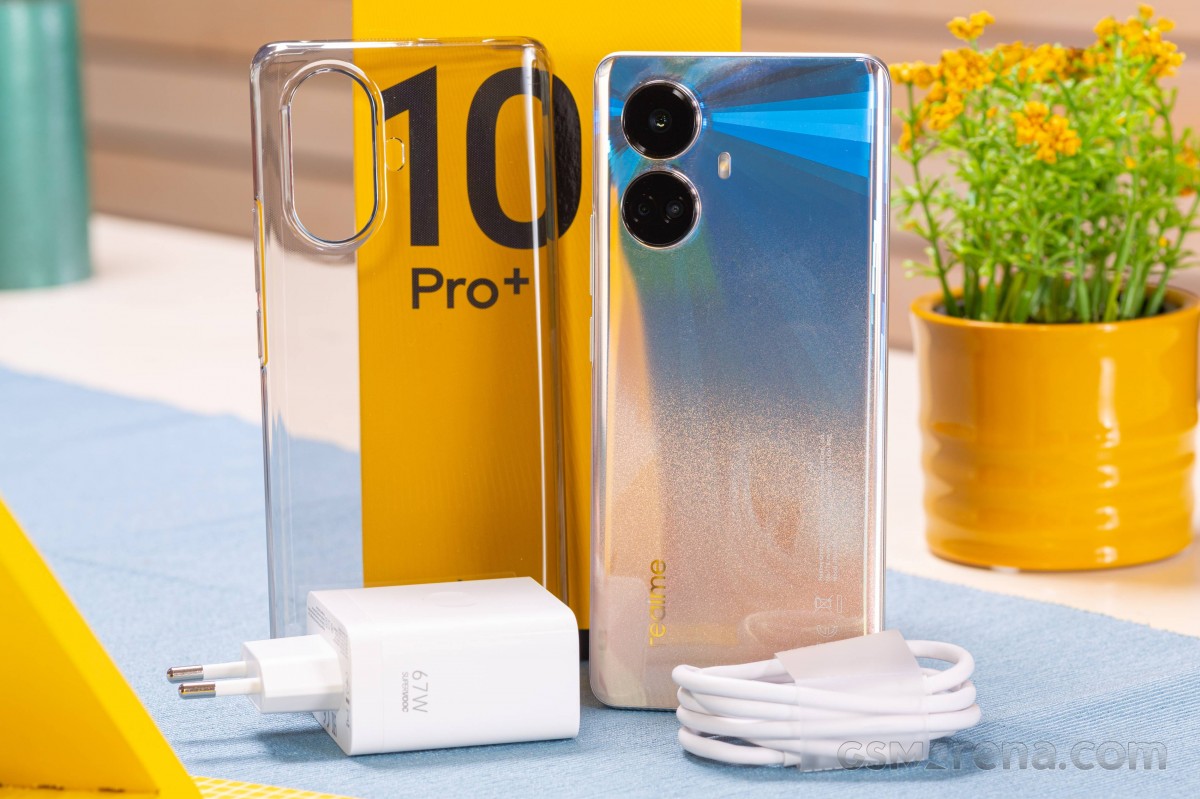 Even better, the Realme 10 Pro+ arrives with a thin protective film pre-applied at the factory. It does a good job at keeping scratches away, but it’s also quite the fingerprint magnet.