The December 9 incident is thought to be the most serious on the nuclear-armed Asian giants’ disputed frontier since 2020, when 20 Indian troops and four Chinese soldiers died in brawling.

“Our response measures were professional, standard and forceful, and stabilised the situation on the ground. At present, China and India have disengaged.”

An Indian source previously told AFP the incident, which followed recent joint US-India military exercises near the border, led to “minor injuries to (a) few personnel from both sides”.

Chinese soldiers came close to an area near the Line of Actual Control — the de facto border — where it had been agreed that neither side would patrol, Indian sources said.

The PLA spokesman added: “We ask the Indian side to strictly control and restrain front-line troops, and work with China to maintain peace and tranquility on the border.”

A Chinese foreign ministry spokesman said earlier Tuesday that the border situation was “stable overall”, adding that both sides had “throughout maintained unobstructed dialogue on the border issue through diplomatic and military channels”.

Indian media reports quoted unnamed sources as saying that the incident involved around 300 members of the PLA, and that China suffered a greater number of injuries — claims on which Beijing has not commented.

Relations between the two countries have been at rock bottom since the clashes in 2020. 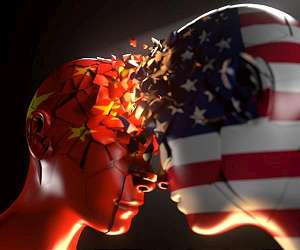 The US government is sending its first high-level delegation to China since a pledge made last month by Chinese leader Xi Jinping and US President Joe Biden to repair frayed relations.

The two will visit China, South Korea and Japan.

In China, Kritenbrink will follow up on Biden’s meeting in B … read more