Realme introduced the GT Neo 3 150W a few months ago and followed it up with the Naruto Edition, which comes in a Naruto-themed package and flaunts a design inspired by the Japanese ninja. But that’s not the only special edition GT Neo 3 Realme launched this year since the young brand partnered with Marvel Studios for the Realme GT Neo 3 150W Thor Love and Thunder Limited Edition. We received one from Realme, so here’s what it’s all about.

The Realme GT Neo 3 150W Thor Love and Thunder Limited Edition comes in a special package that is shorter but wider than the regular model’s retail box. It also has the Mjolnir printed over it along with Realme and Thor: Love and Thunder movie’s logos. 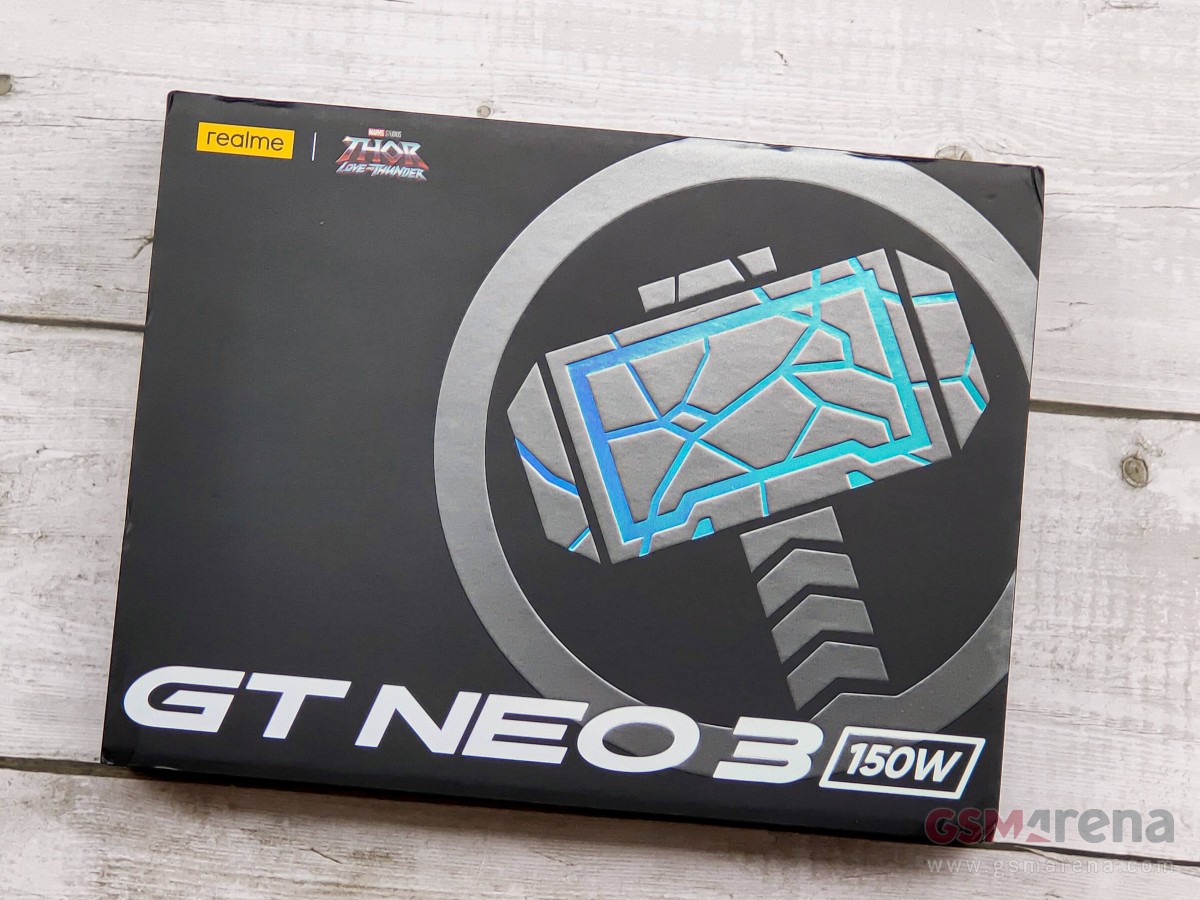 Opening the box, you see the inner side of its lid having Chris Hemsworth’s Thor and Natalie Portman’s Jane Foster/Mighty Thor. 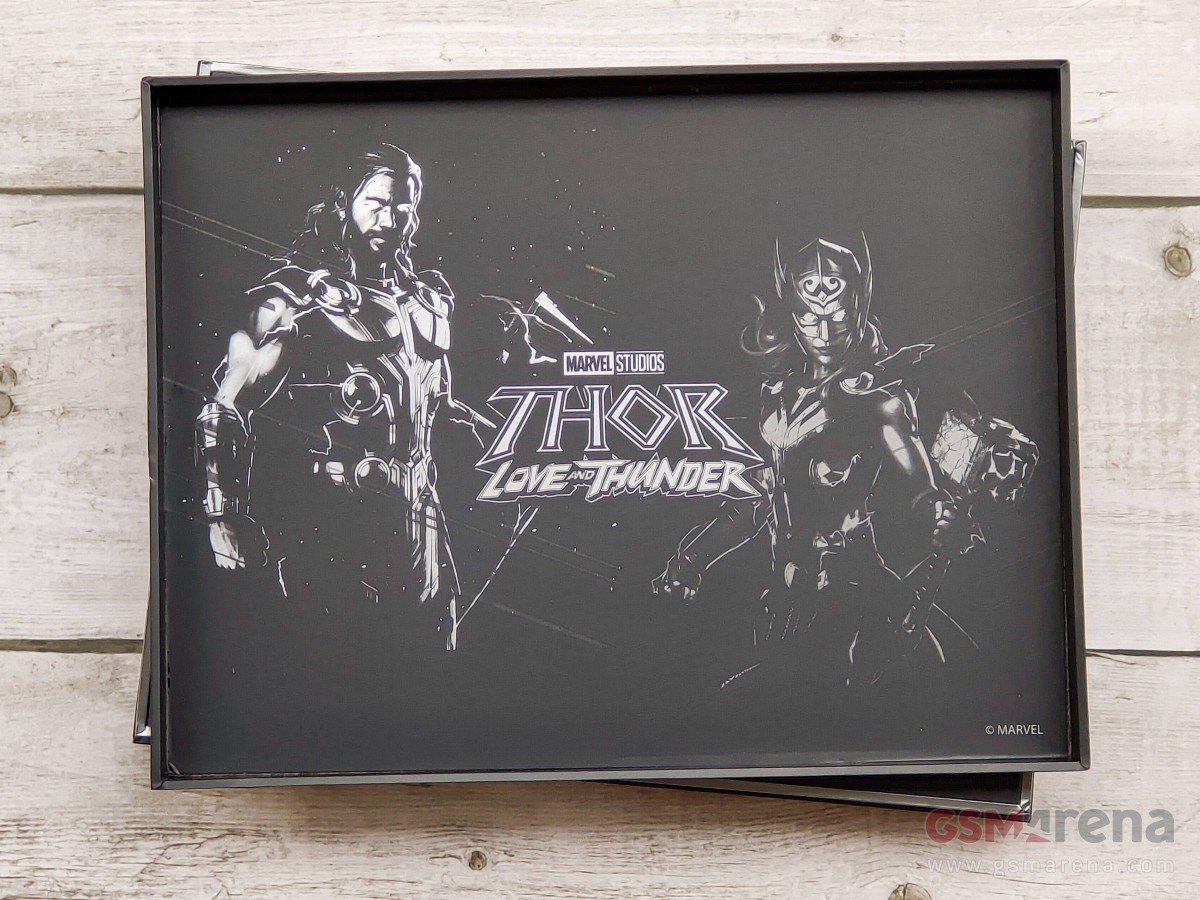 And on the inside, we have the Realme GT Neo 3 150W Thor Love and Thunder Limited Edition placed on the inner lid of the box along with a SIM ejector tool inspired by the Stormbreaker wielded by Thor in the movie. 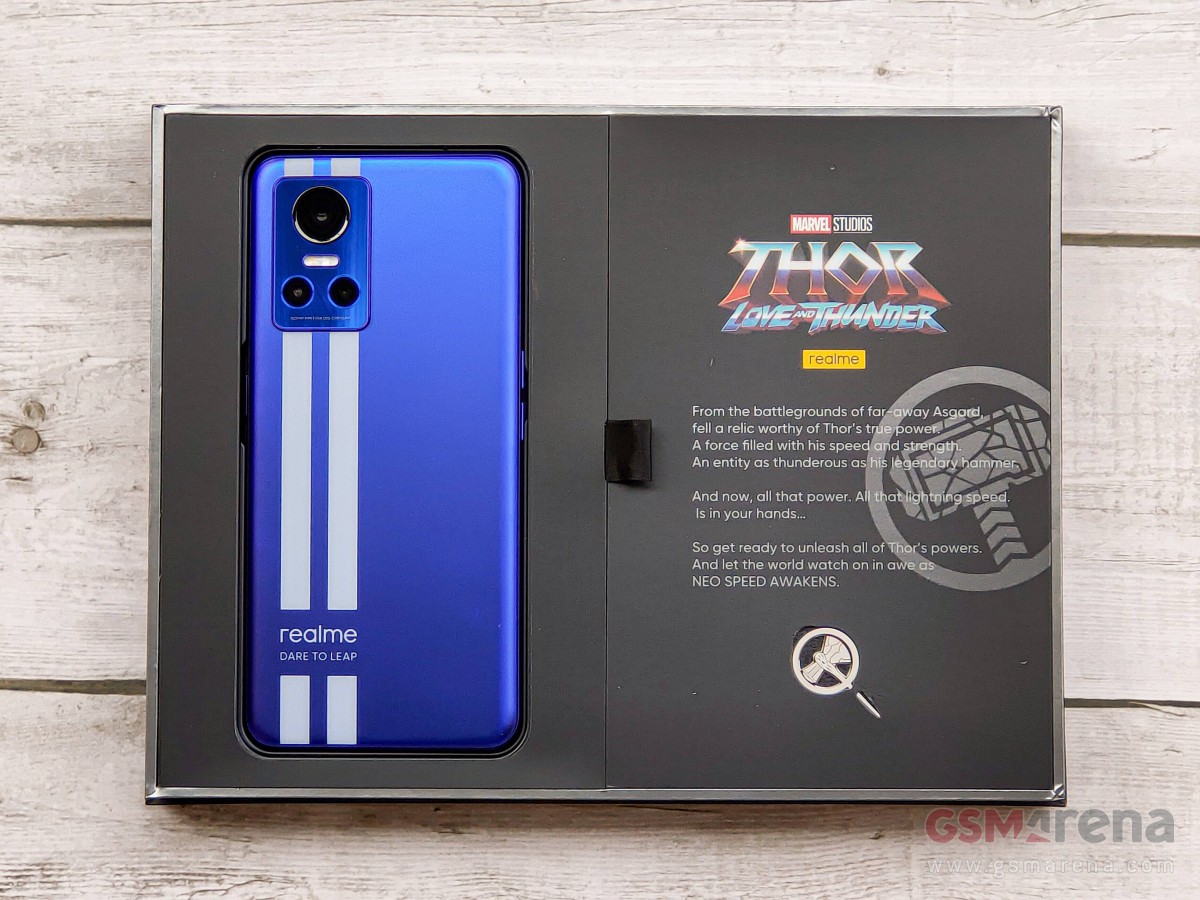 Lift the door-style lid, and you get a USB-C charging cable and a 160W power adapter on the right side, and a small box on the left side containing the protective case, the usual phone documentation, and some stickers. 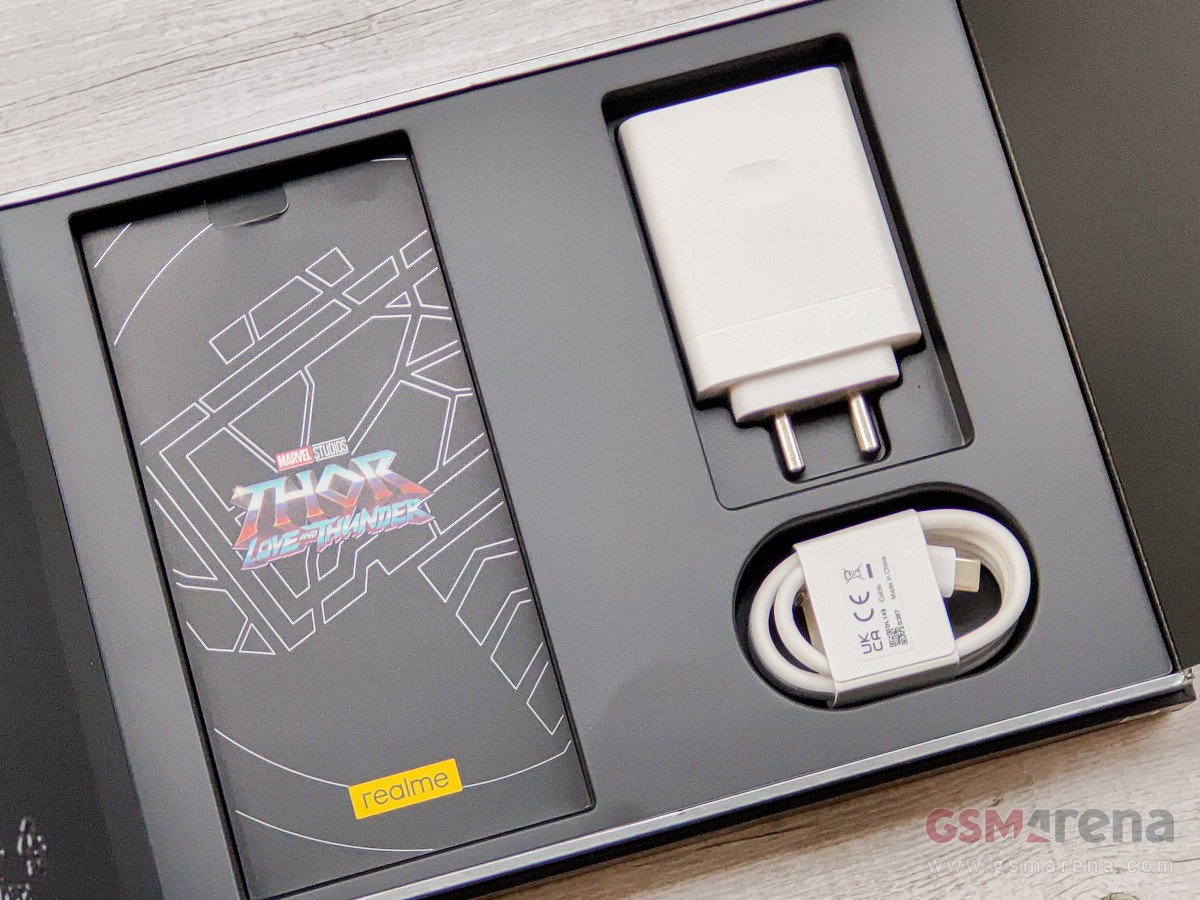 Below that box is a Mjolnir-inspired medal and a couple of cards – one each with Thor and Foster on it. 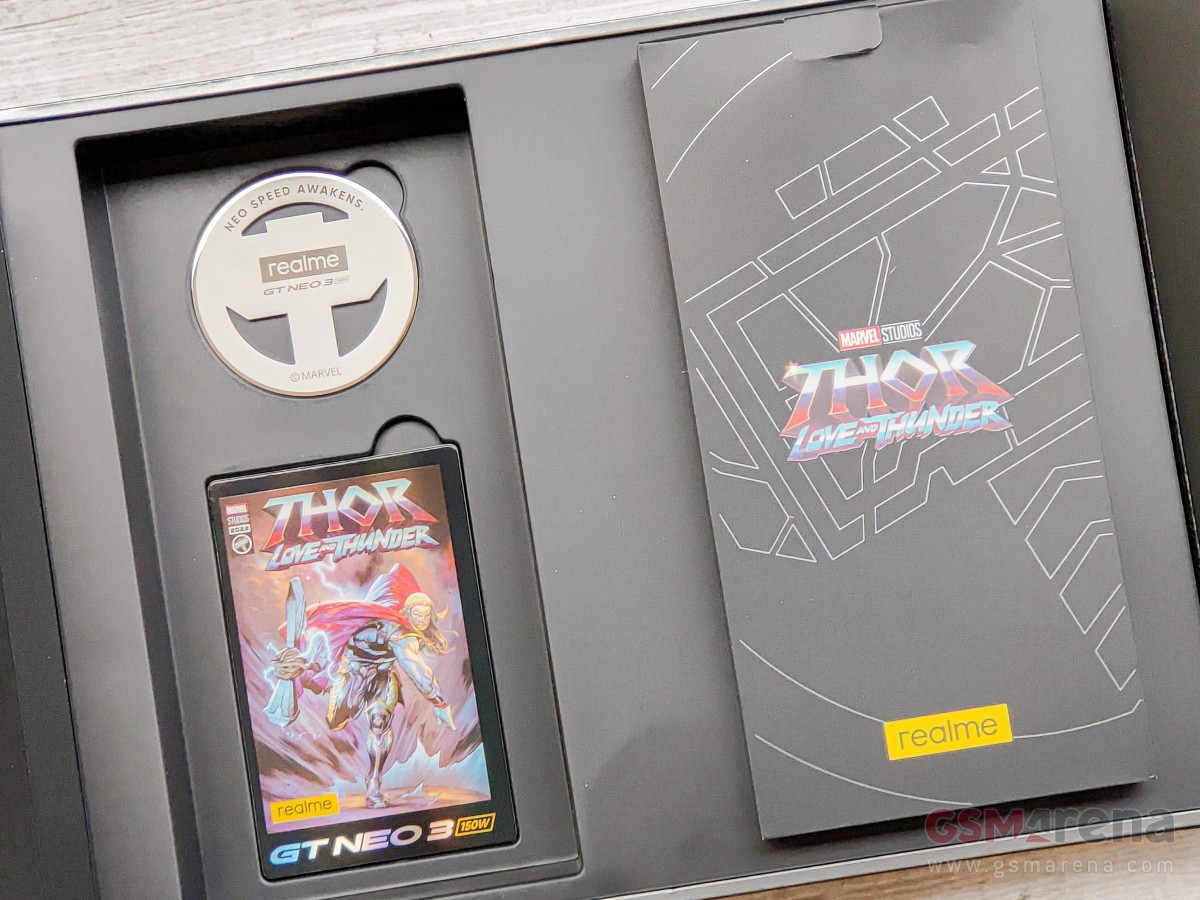 The medal has the smartphone’s name and tagline on one side and Mjolnir’s design on the other side. It’s built well and has a decent bit of heft to it. 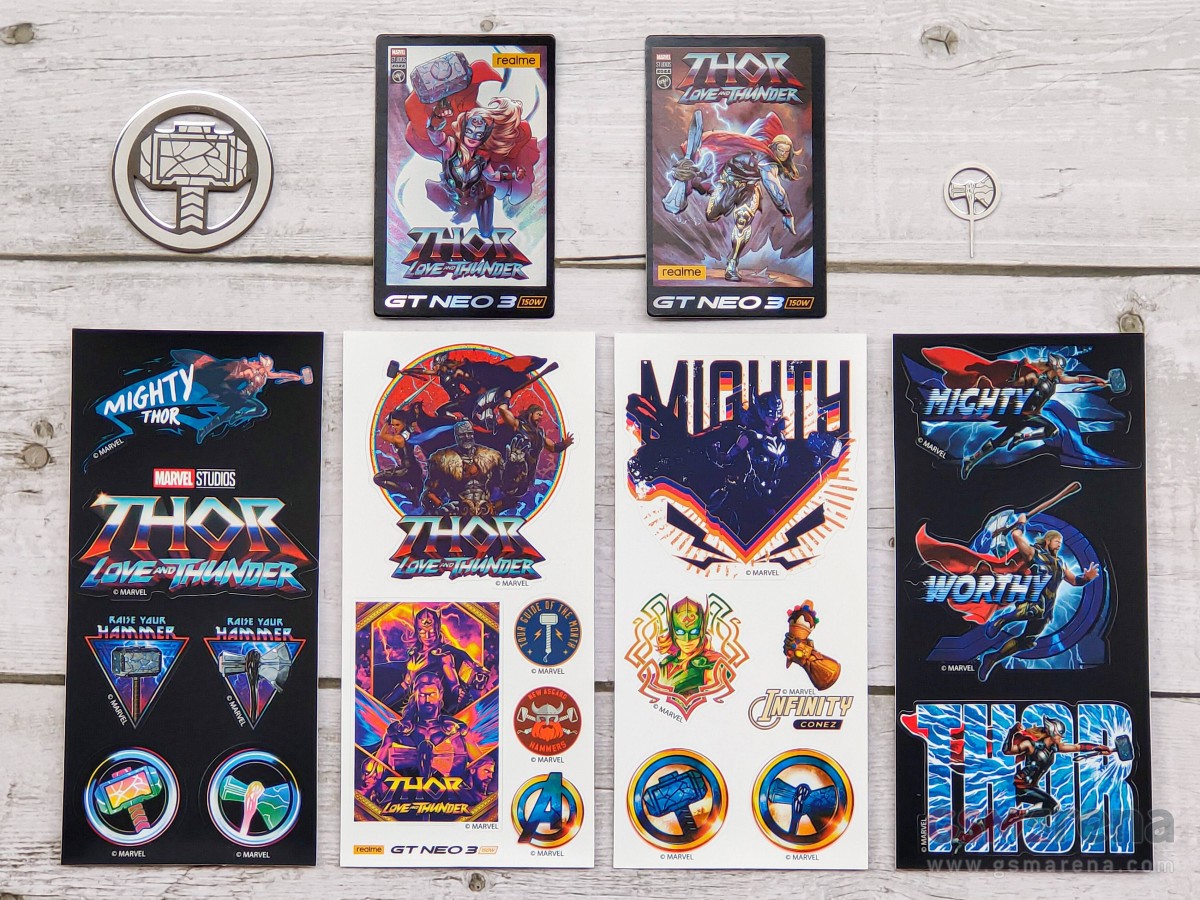 These are all the Thor: Love and Thunder movie-inspired goodies that come with the smartphone

The phone itself however isn’t as deeply customized as the Naruto Edition, though, which had a different design as well as Naruto-inspired UI theme with custom icons, sounds, and a charging animation. 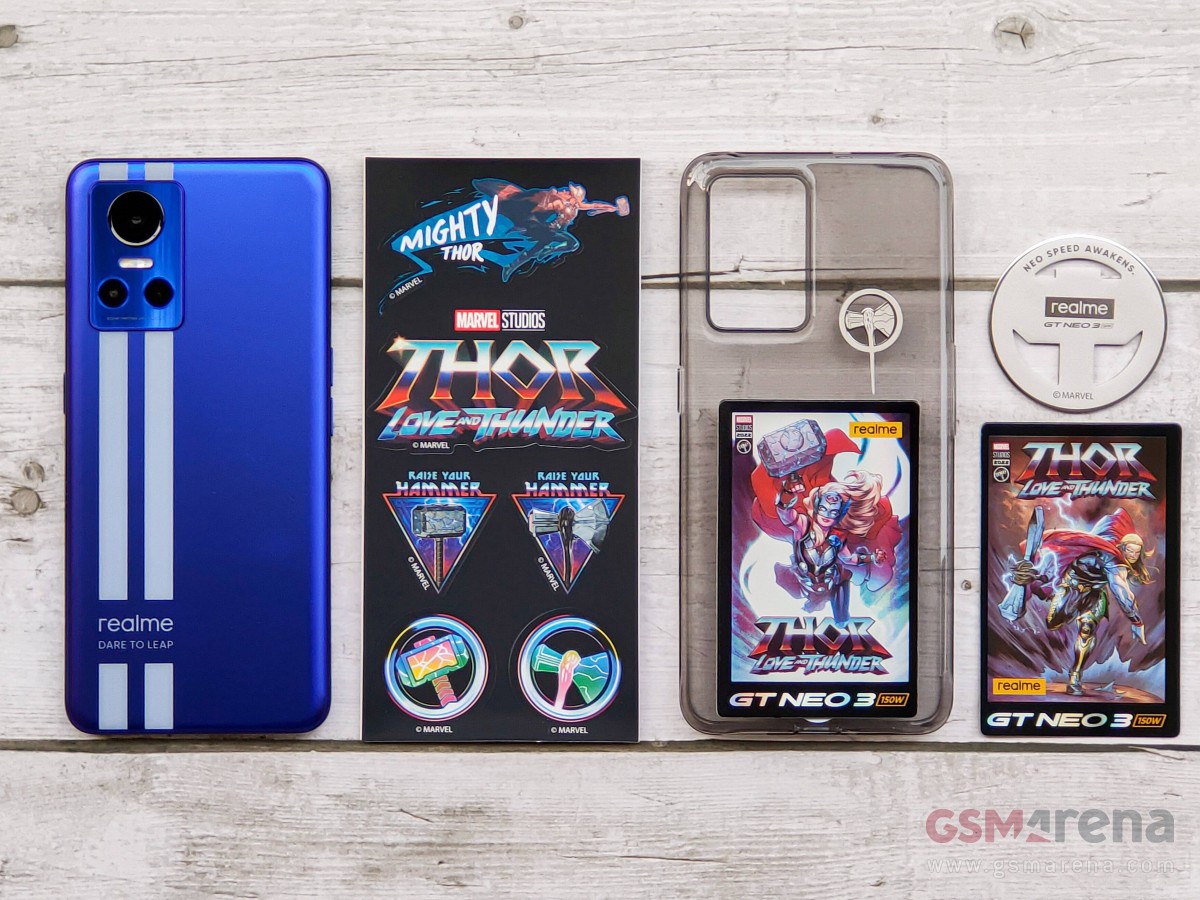 Whosoever holds this smartphone, if he be worthy, shall possess the power of 150W charging.

The Realme X Spider-Man Edition (hands-on) launched in 2019 also came with special wallpaper and icons together with a nice quality rubberized phone case sporting the logo of Spider-Man: Far From Home movie.

The Realme GT Neo 3 150W Thor Love and Thunder Limited Edition is just the regular GT Neo 3 150W Nitro Blue version with 12GB RAM and 256GB storage, which comes in a special retail package. Once removed from the box you won’t be able to tell it apart from a standard version. Realme said it would come with a wallpaper based on the movie, but we don’t see it on our unit. 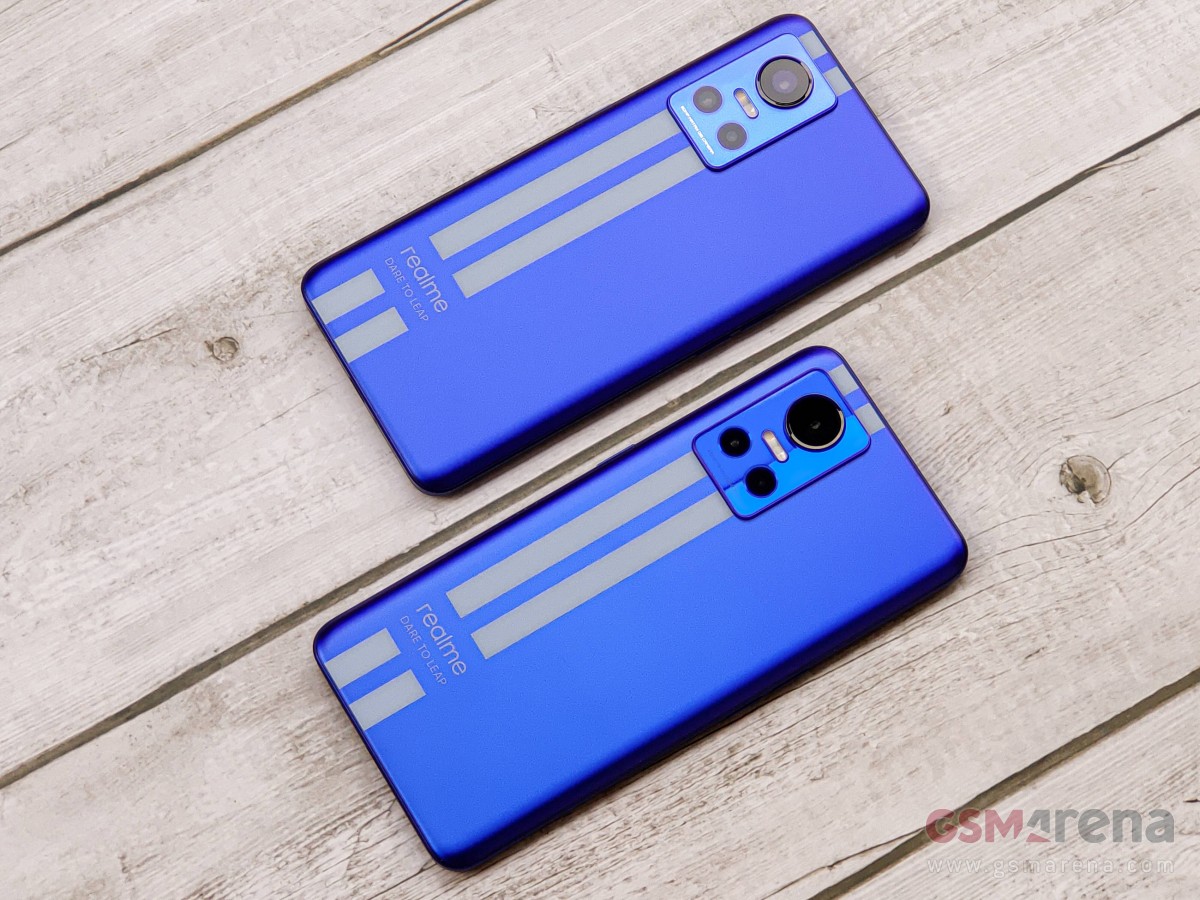 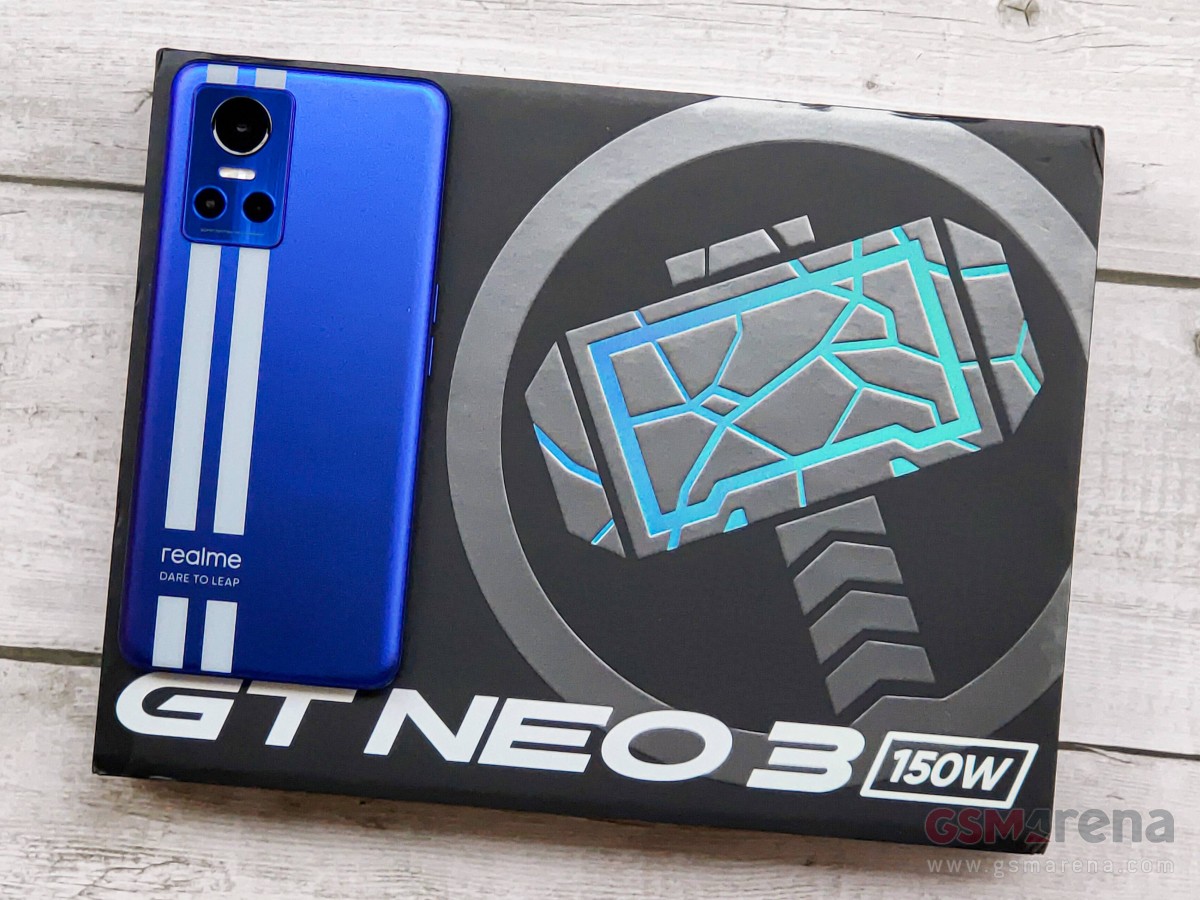 The Realme GT Neo 3 150W Thor Love and Thunder Limited Edition is currently only available in India through Realme’s official website, Flipkart, and mainline stores and is unlikely to launch elsewhere. If you are planning to buy this or the regular model, you might want to read our Realme GT Neo 3 150W’s detailed review.

In the new excise policy, the Uttar Pradesh government has increased the…

Shah Rukh Khan’s Pathaan is set for another record-breaking day. The film…