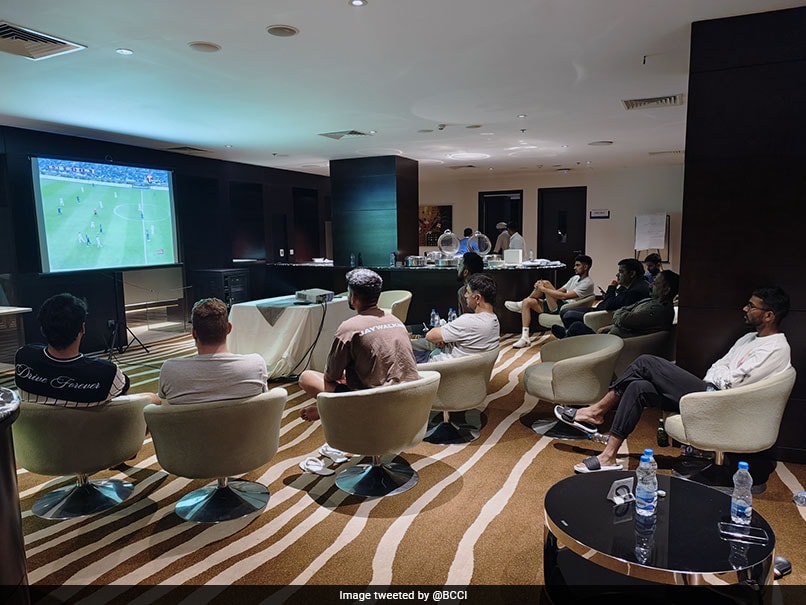 Argentina defeated France 4-2 on penalties to win their third FIFA World Cup title on Sunday at the Lusail Stadium in Qatar. The both teams were tied at 3-3 after the end of 120 minutes, before Argentina prevailed on penalties. Lionel Messi dazzled for Argentina, scoring twice, and picked up the Golden Ball for the best player of the World Cup, finishing one goal behind Kylian Mbappe, who won the Golden Boot after scoring a hat-trick in the final. Team India, who are currently in Bangladesh for a two-match Test series, enjoyed a special screening of the final between Argentina and France.

The BCCI took to social media to share a couple of pictures from India’s special World Cup final screening in Bangladesh.

India on Sunday defeated Bangladesh by 188 runs in the first Test, taking a 1-0 lead in the two-match series.

Set an enormous 513 to win, Bangladesh put up dogged resistance with Zakir Hasan scoring a century on debut.

Skipper Shakib made a marauding 84 that included six sixes but he was bowled by Kuldeep Yadav on the final day.

Bangladesh were eventually bowled out for 324, having losing the final four wickets after an hour’s play.

With the win, India moved to the second spot in the ICC World Test Championship points table.

Notably, India have never lost a Test in Bangladesh.

The second Test for the series will begin at Dhaka on December 22.

French Party In The Capital