ColorOS 13 was introduced on August 18 and Oppo’s concentrated efforts to deliver it to existing phones made for the fastest rollout out of any ColorOS version yet. But this announcement comes with an even more exciting piece of news – Oppo will be extending the software support for select flagships starting in 2023. 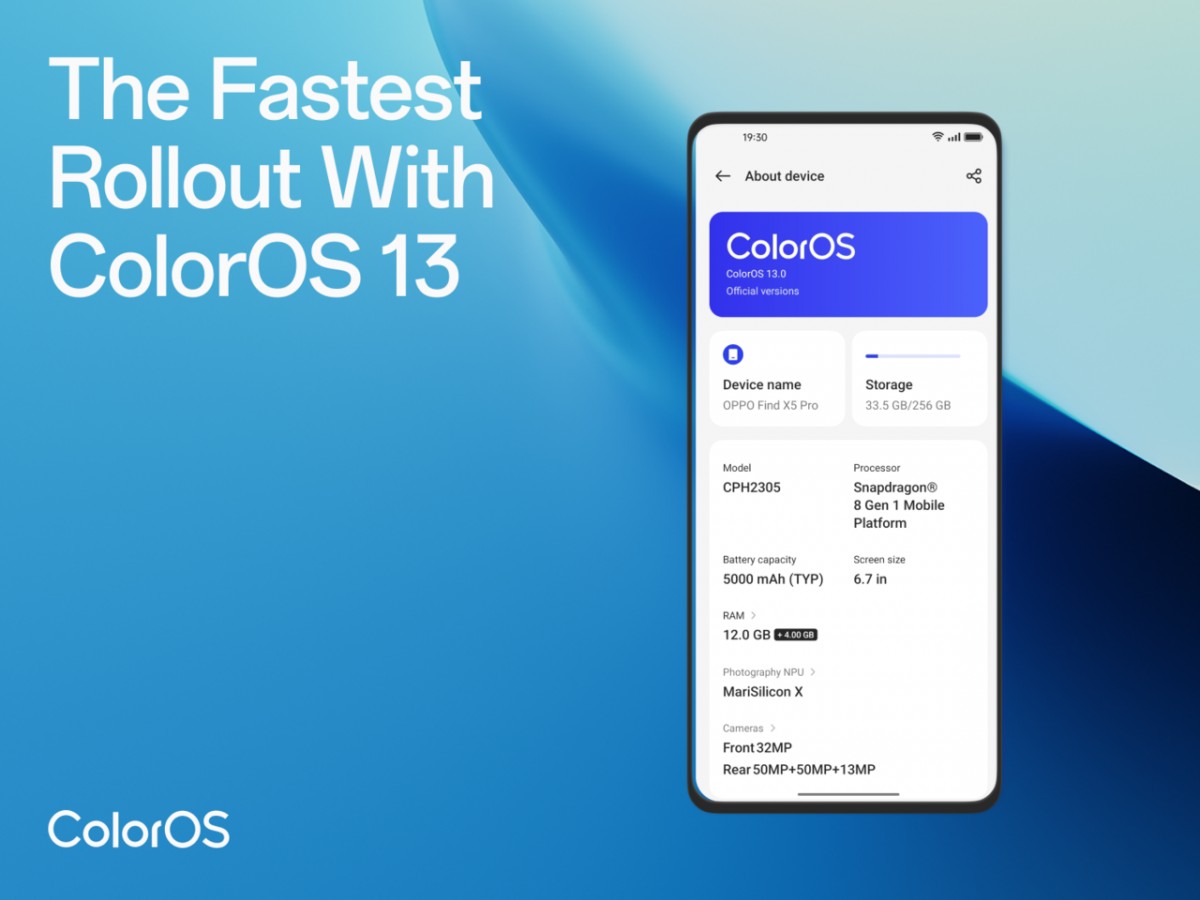 Going back to the current version of the OS, ColorOS 13 has been rolled out to 33 Oppo models internationally, more than any other previous version (50% more than ColorOS 12, for example). This has allowed it to reach three times more users than ColorOS 12 did during the first four months after unveiling (October 11-February 11 for v12, August 18 to December 18 for v13).

This makes v13 the biggest and fastest update rollout in ColorOS history. Congratulations to Oppo and kudos for the extended software support – hopefully, that will put pressure on other makers to go beyond the unfortunately common 1-2 OS update promises.

If you haven’t experienced ColorOS for yourself yet, you can learn more about it from our review.