The announcement will depend on when the firms accept the offers, The Guardian newspaper noted.

However, London reportedly wants the pair to switch to electric arc furnaces, which the BBC reports could recycle the scrap steel Britain produces and be powered by electricity from renewable sources.

A government spokesman declined to comment on the reports but stressed it was committed to helping the industry.

“The government recognises the vital role that steel plays within the UK economy, supporting local jobs and economic growth,” said a spokesperson for the Department for Business, Energy and Industrial Strategy.

It remained “committed to securing a sustainable and competitive future for the UK steel sector”.

Business Secretary Grant Shapps “considers the success of the steel sector a priority and continues to work closely with industry to achieve this”, the spokesperson noted.

Sky News had reported Friday that the government was mulling a 300-million pound rescue plan for British Steel.

The package would reportedly hinge on its Chinese owner, giant Jingye Group, investing at least 1 billion pounds and vowing to protect jobs.

The broadcaster cited Treasury documents which warned that British Steel’s collapse could cost the taxpayer up to 1 billion pounds.

British Steel meanwhile has about 4,000 staff. 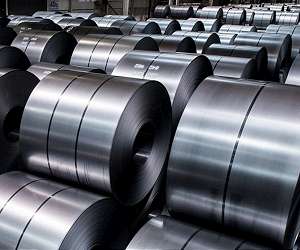 We need to learn to live with less steel


Steel is one of the most important materials in the world, integral to the cars we drive, the buildings we inhabit, and the infrastructure that allows us to travel from place to place. Steel is also responsible for 7% of global greenhouse gas emissions. In 2021, 45 countries made a commitment to pursue near-zero-emission steel in the next decade. But how possible is it to produce the steel we need in society with zero emissions?